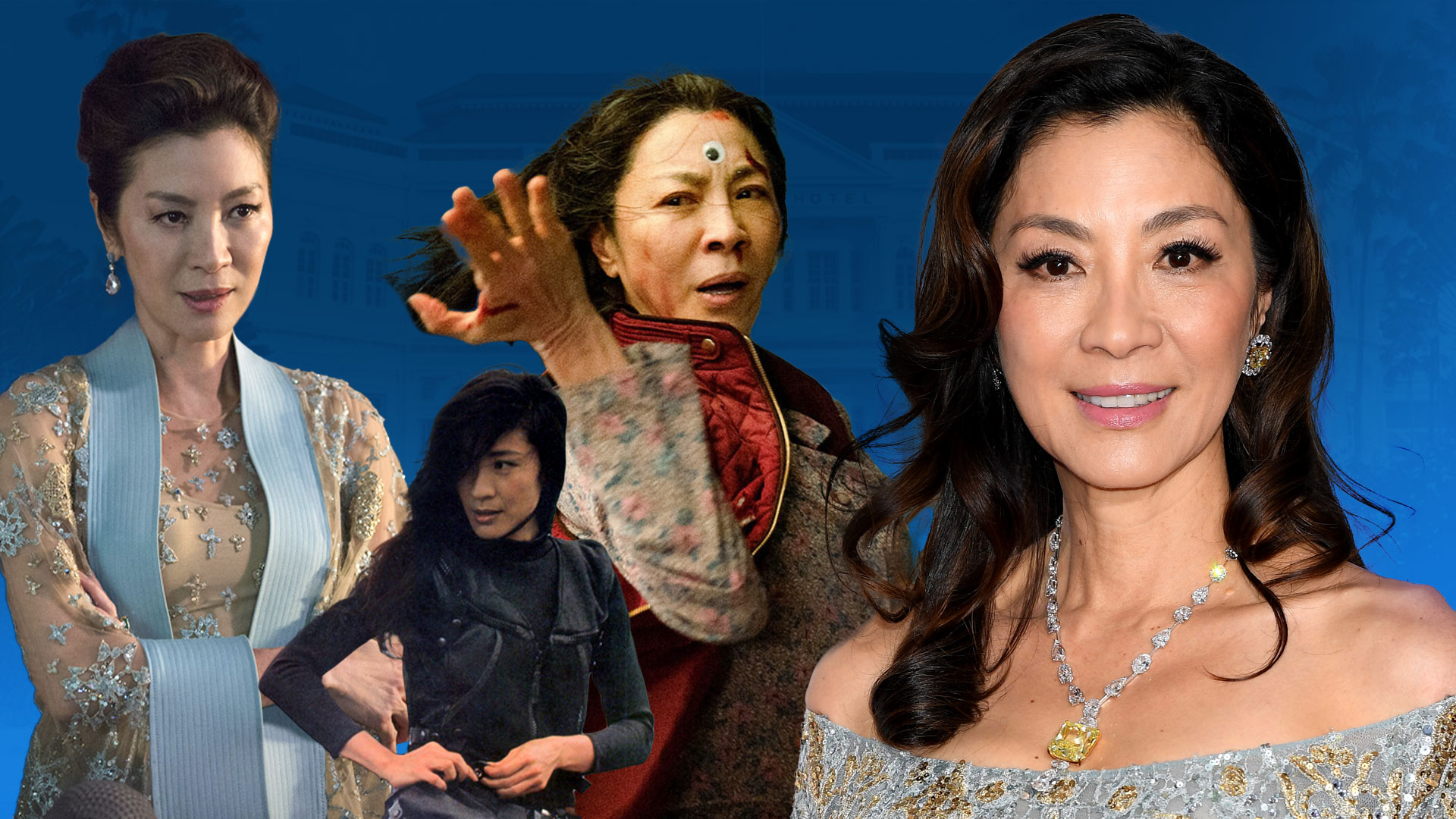 Okay, now Ciwt can let you know her thoughts about Everything Everywhere All At Once.

She found it an incredibly clever, fast-moving (to say the least) send up of Kung Fu movies, aspects of Chinese family culture, aspects of all families: marriage, children, in-laws, traditions, money and probably myriad other things.  But after 90 minutes (of 132) she had enough of the slapstick, and wasn't particularly interested in what the grand finale might be.  So she walked out early past everyone else who stayed.

If Michelle Yeoh had been standing at the door on Ciwt's way out.  And if Ciwt  had happened to be carrying an Oscar Statuette, she would have happily presented it to Ms. Yeoh for Best Actress.  No Question None At All Period.

Walk: 4-Star Theater (Everything Everywhere All at Once) 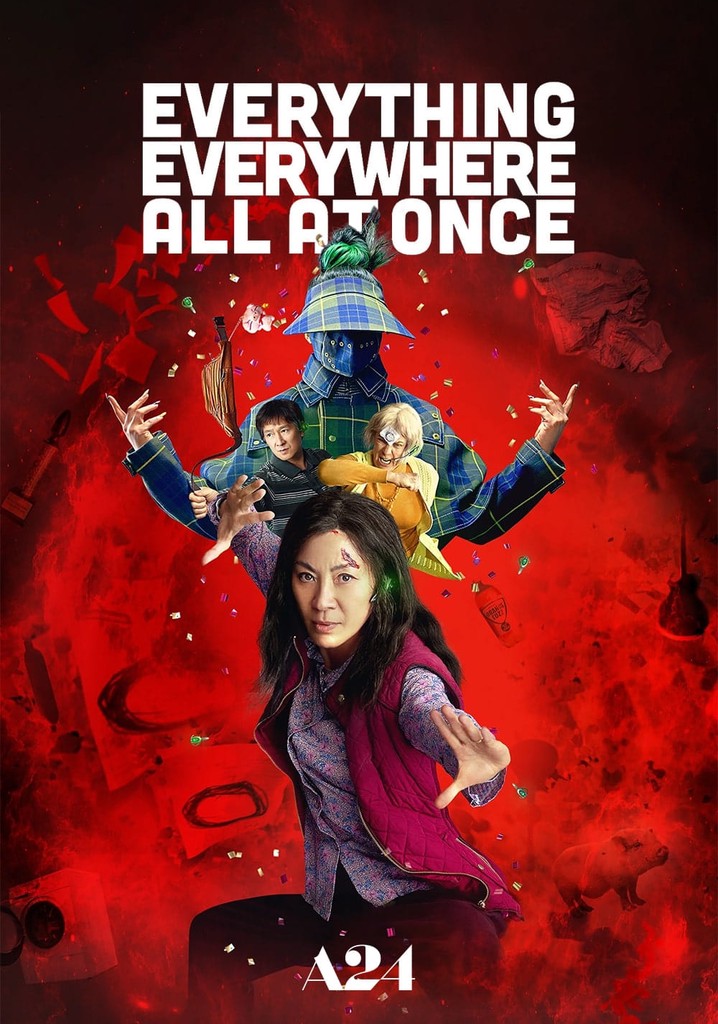 Ciwt's great movie going friend and her husband have tickets for Everything Everywhere All At Once tomorrow afternoon, so Ciwt promised she wouldn't say - or write - a thing about it before then.   Stay tuned.....

Ciwt didn't think Women Talking was her kind of movie.  All that quiet and, well, just women talking.  But its Academy Award Best Picture nomination and its high Rotten Tomatoes ratings got her to the theater today.

And, like the Mad Hatter, she'll begin at the stirring ending of Women Talking.  You don't see its impact coming -  or at least Ciwt didn't as she listened to the various arguments made by the Mennonite women in the movie.  The decision they were required to make was of the utmost importance and consequence and each woman offered her thoughts with precision and passion.  Articulate words, well reasoned and sensible but they didn't stick with Ciwt particularly.  What did stick without her realizing it was the cumulative effect of  the bedrock and courageous place the women were talking coming from. Quietly, Writer-Director Sarah Polley takes that effect to nearly magic dignified magnificance.

Another Difference Between Cats and Dogs --- Day 12/27

Dogs are more relaxed when they type...

Relaxed or intense, Ciwt would have loved some pet help filling out her Real Estate Seller Disclosure Forms.  But, she slogged through and finished today (hopefully)
Posted by Ciwt at 6:04 PM No comments: 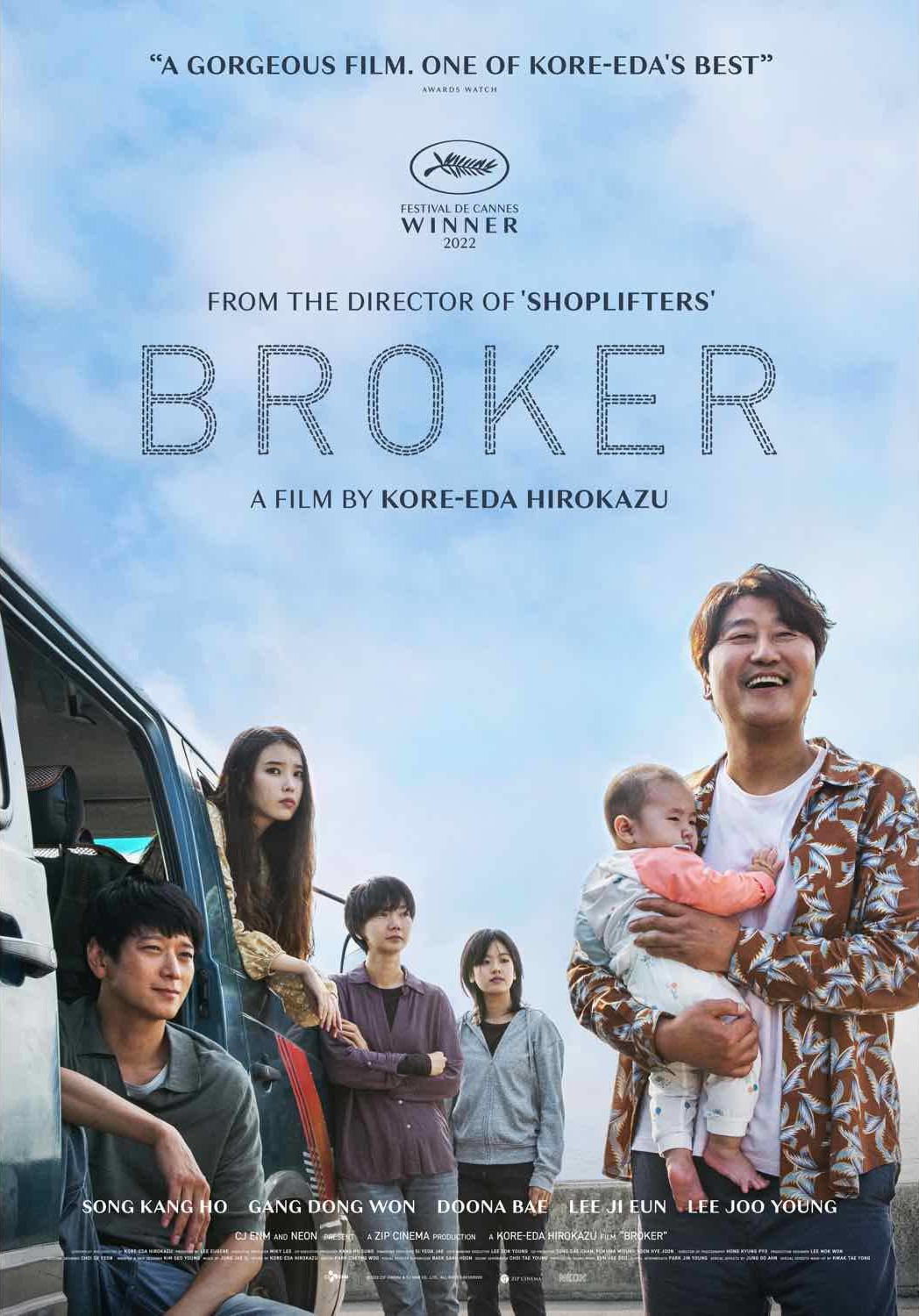 So tenderly subtle, Ciwt isn't even sure she completely understood Broker.  But it is one of those longish, beautifully crafted, directed and acted Asian* movies that are just her cup of tea. Usually exquisite even in the raunchiest of settings and powerful even in the quietest of moments.  If you are like Ciwt, you will like Broker very much.

Ciwt is just home from the supremely well acted, 'not pretty to watch' The Whale.*

And The Whale is one of those movies that would have audience members jumping out of their chairs wildly clapping and movie critics either dully staring at the screen or falling asleep in their chairs.  And Ciwt can understand both reactions.  If you decide to find out where you stand (or sit) on the ratings scale, you will see Academy Award level performance by both the lead character, Brendan Fraser and make up artist, Adrian Morot.  After that, well....up to you
* Ciwt has now let her personal rating of The Whale settle in, and she is able to say with conviction that she joins the snoozing man.  She found the accolades for Fraser's acting well deserved but the rest of the movie to be gloomy, maudlin, claustrophic and filled with unconvincing religiosity and thinly written characters.
Posted by Ciwt at 6:18 PM No comments: 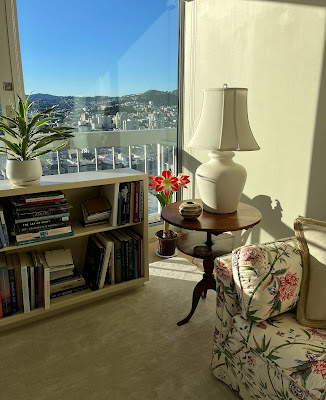 So sometime early in the holiday season Ciwt received a medium size, fairly weighty package. Not usually being the beneficiary of many holiday presents, she opened it to see who she should forward the contents to. But, surprise!, it actually was for her. From a farm in Connecticut. Hmmm?

Opening further she discovered a dark brown basket with a big dry lump in it.  Hmmm again.  Then she realized it was a plant bulb. And from a long time close friend according to an enclosed card.

Unsure whether it was dead already, Ciwt placed it in draftless full sun and began watering it according the farm's instructions.  Weeks went by with absolutely no progress so she began trying to figure out what to tell her generous, thoughtful friend. Then the entire stalk with all its leaves flopped over and she was sure she'd have to report to her friend - but understandably put that off.

Luckily, because the very next day, it pulled itself full upright again.  And, well, as you can see from the picture above, began blooming.

And such a bloom!  As her readers probably know, it turned out to be an Amaryllis plant.  But who could have predicted such height and wonderful splash of color?  Not Ciwt obviously, so she sent pictures of it off to a friend who is nearly a professional gardener and a mini collector of amaryllis plants.  And that friend was as smitten as Ciwt with it, its look and its impact on Ciwt's place.  I quote:

Oh, you have a top grade amaryllis!  Not all of them perform as yours is performing!  It is a beauty.. And it looks very much at home in your place ... with the sun streaming through the window.