Huckleberry Finn is one of ciwt's favorite books. Don't necessarily agree with all things Mark Twain, but he's always worth turning to for how he looks at - and dares say - things.  Today I looked into his thoughts on war and this is a bit of what I found.

Old Fall clothes bagged, ready for donation. New Fall faves hung, folded and ready to see if they really are. Windows washed. Carpets cleaned.  Winterizing apace on Jackson Street.  Except I can't put any furniture on my carpet yet - so can't sit down.

Well, then, OK!  Who wants to sit down?  Let's moooove!  Bristol Stomp everybody!!

The Dovells
Posted by Ciwt at 5:24 PM No comments:

Had occasion to wait in a neighborhood jewelry store today while the jeweler/owner worked with a customer.  I thought it would just be a moment, but the customer stayed and stayed and got more and more interested in the discussion.  Cute young guy and it turned out he was selecting a stone and setting for his fiancee. He was so interested and so caring, and the jeweler (who is a great guy) was so there for him it became contagious.  Ciwt isn't the waiting around type but I happily gave the young man all the space he needed for his enormous decision.  I wish he and his bride the best of luck/a long and happy marriage.  Awww... 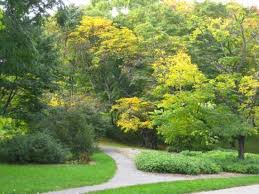 Ooops, now that you can see outside, maybe you want to avert your eyes...

I was talking on the phone to a friend today saying something about how at this time of year, even though things are beautiful, there is a sense of closing, of the year and the more out-going parts of myself shutting down.  Blah, blah..

He said:  Cheerful and yet profound like a day in October.

I said: What?  What he said captured my thoughts so perfectly - Perfectly - I couldn't quite take it in.

He repeated: Cheerful and yet profound like a day in October. Things are at once sparkling and pulling away.

Delicious, Nourishing to the soul.  All of a sudden, from nowhere, my day was both.  Me:  Yes, exactly.  Is that a quote?

Him:  Nietzsche I think..

Yes, Nietzsche as it turns out.  A more extended version also speaks to me:

Monday is clean before the cleaning girl comes tomorrow day.  I'm always amazed at what one cat and one ciwt can do to a place in a week.

Fates are conspiring to keep my current obsession (non-reunion trip to the East Coast) alive. Eg, when I was waffling about hitting the 'continue to purchase' button on Virgin America I encountered a note from them saying I had (essentially the price of the ticket) in my 'miles bank' and did I want to use it.  One of my imaginary, book and cancel trips.  I had totally forgotten.

The I texted my Portland brother who drops in on Boston every once in a while for any hotel suggestions.  Turns out he is going to be there for two nights at exactly the time I would/will/maybe be there.  So, that would be fun, hanging out with him a bit in Boston.

Wonder what other unexpected circumstances are headed down the (Turn) pike.

Name: The Three Fates[1]
Nickname: unknown
Where: South West corner of St Stephen's Green
Coordinates: 53.3377;-6.2616
Inauguration date: 23rd March 1997
Sculptor: Professor Josef Wackerle
Story: Ingraving in German, Irish and English: In Dankbarkeit für die Hilfe, die das irische Volk deutschen Kindern nach dem Zweiten Weltkrieg gewährte / Le buíochas as an gcabhair a thug muintir na hÉireann do pháistí Gearmánacha tar éis an Dara Cogadh Domhanda / With gratitude for the help given to German children by the Irish people after World War II. The statue was a gift offered by Roman Herzog, President of the Federal Republic of Germany at the time.
The fountain is situated near the Leeson Street entrance to the park. It consists of a group of three bronze figures - representing the Three Fates, who weave and measure the thread of man's destiny.

New obsession: whether to take a short East Coast jaunt next month.  Just saw a movie that took the charm out of all those New England pix and reminded me that summer isn't always great for kids and that the few times I've been to The Cape I was b-o-r-e-d.  Even two steps away from Hyannisport. There was a lot of talk about who was there again, how many summers certain families had been summering, where exactly to set up your beach chair and just sit all day at the beach, etc.   The East is certainly Picturesque but good for ciwt not to completely romanticize it.  Talking to myself...trying to get it right as real and metaphorical fall arrives.. 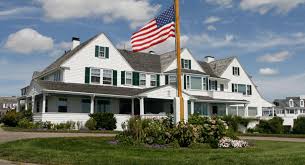 Should ciwt go back here for a 'non-reunion' with my boarding school classmates.  Away from school, unknown to the school, no tin cups, no rah rah?  It would be a v. quick turn around. Scary, but (for that reason) I'm sort of thinking yes...