Walks: 1. Between Homes  2. Same plus Presidio

One Month, 10 days.  Home takes a roller coaster while, but Ciwt and cats definitely beginning to smooth out and settle in.

So, Ciwt is just home from the movie Elvis and inclined to say: If you love Elvis, don't go.  But, of course, if you love Elvis you will, like Ciwt did.  Because, really, any time - no matter how bizarre, garbled and impersonated - spent with memories of Elvis and that voice can be worth it, especially the last 5 minutes or so of the movie. Maybe....(and don't even ask her about Tom Hanks' role)
Posted by Ciwt at 5:44 PM No comments:

Absolutely Nothing beats the heart of a dog. 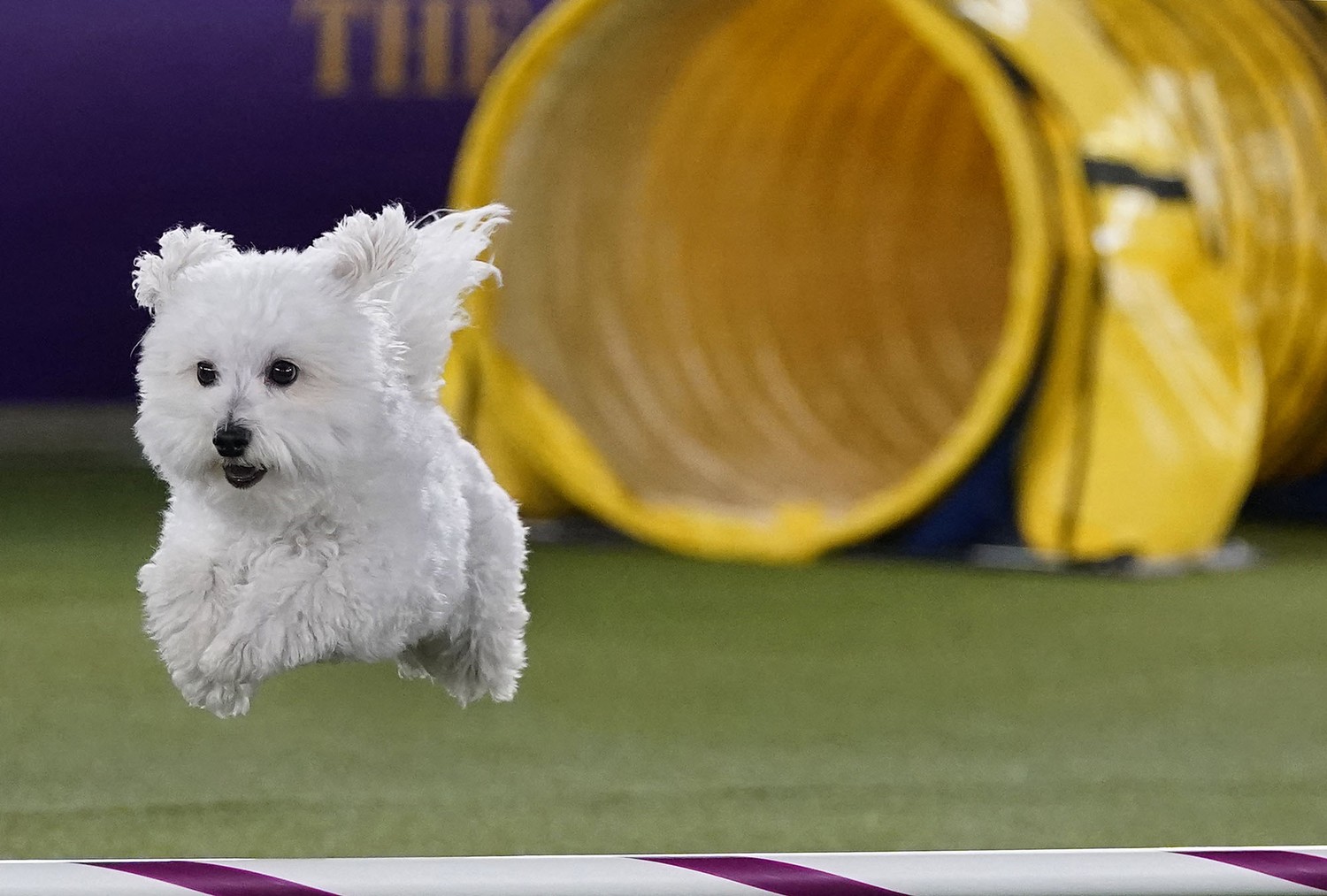 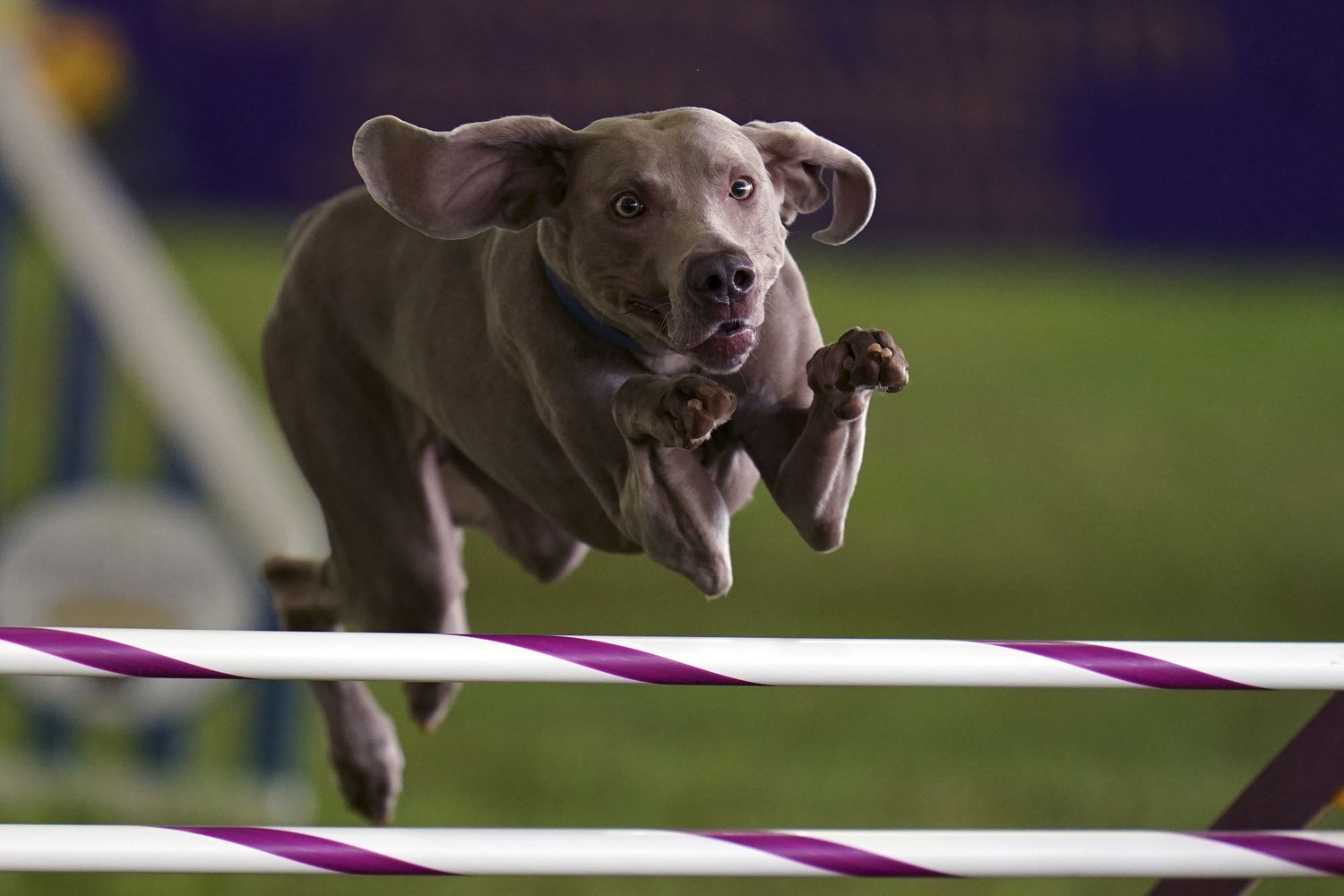 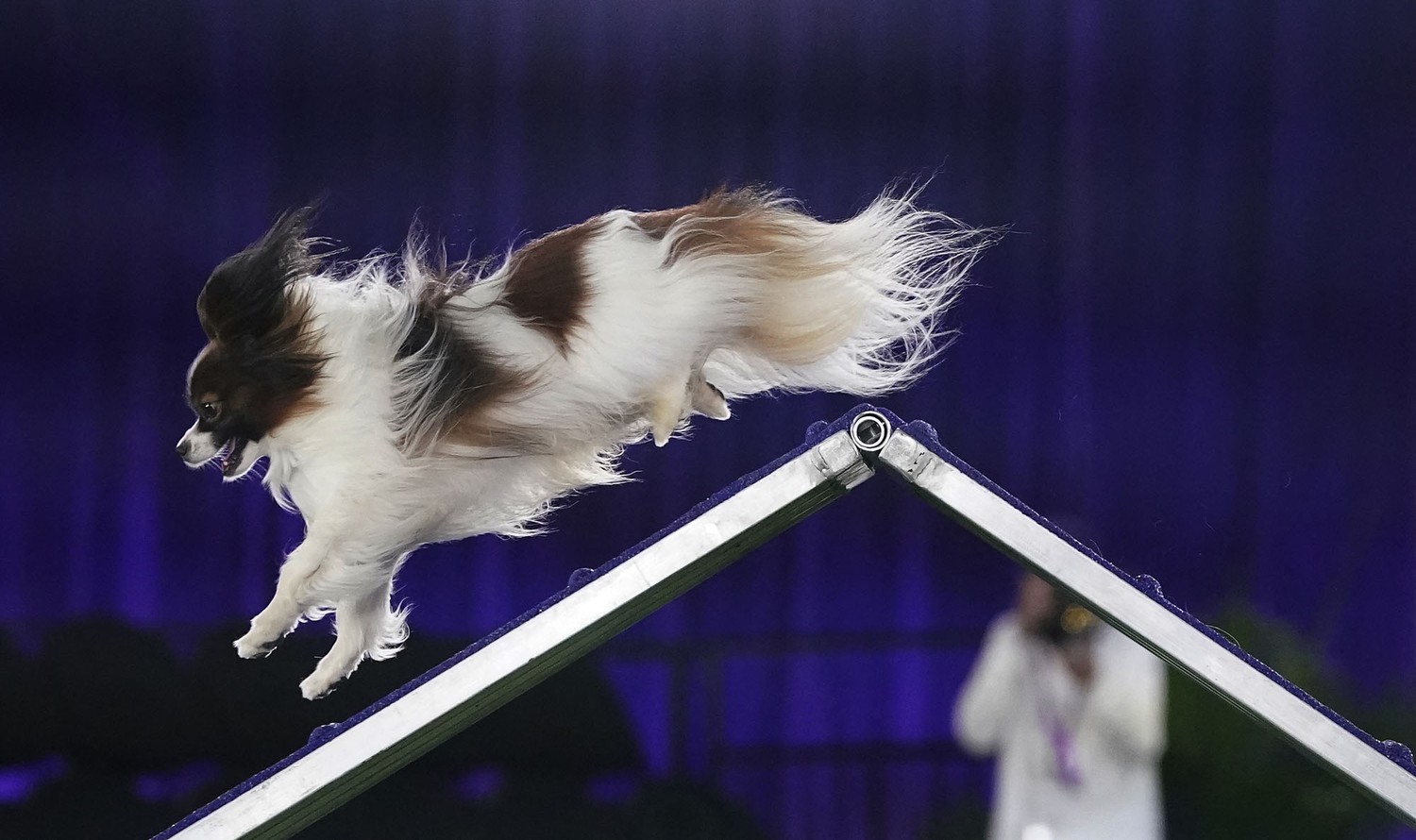 from the 2022 Westminster Dog Show

So, back to the two ladies in their two dresses, with each dress telling a story in itself.  Mrs. Sargent's tells 'the world,' basically her fellow Bostonians and those in England she and her husband had left behind that the Sargents had attained success in their new country.  Eleven years before the Boston Tea Party (in 1773) they had the princely sum necessary to import the fine silk of her dress and the leisure for Mrs. Sargent to sit for a portrait.  The couple even had the excess funds to afford the long silk scarf which Mrs. Sargent wears aound her heck to indicate her high station.  But she emphasizes her humility and wifeliness by looking demurely away from the viewer and toward a scallop shell which is a symbol of love and beauty.  The waterfall cascading down the wall behind her speaks of virtue and fertility.
Much can also be made of the fact that the New England economy was such that a portrait painter had the time to be trained in his techniques and could make his living in his trade.
Now, 255 years later, we see Mrs.Obama - painted by a Yale-trained woman artist - wearing her dress. She is dignified but certainly not demure. She tooks directly at the viewer projecting a femininity that is confident, open, athletic, strong.  Unlike the very traditional Mrs.Sargent, Mrs. Obama is bold and original in her fashion choice.  While First Lady she sought out and promoted younger, even unknown designers and often went sleeveless in unexpected, sometimes ethnic colors and patterns. Her dress in this official portrat speaks much about her but, eye-catching and bold as it is, Mrs. Obama's  personal strength is more than equal to it.
Posted by Ciwt at 2:55 PM No comments: 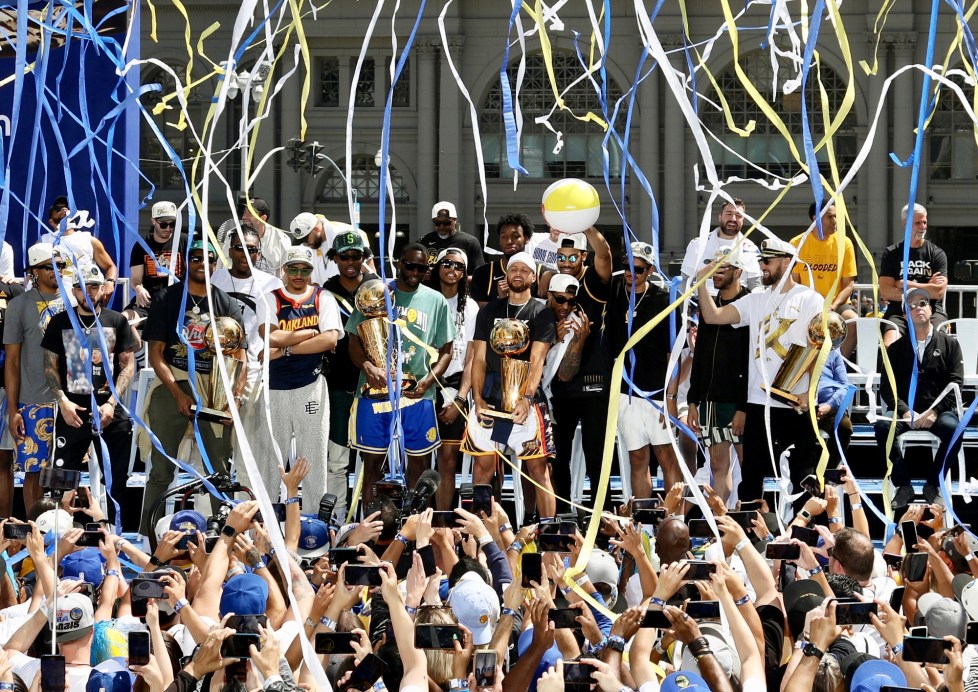 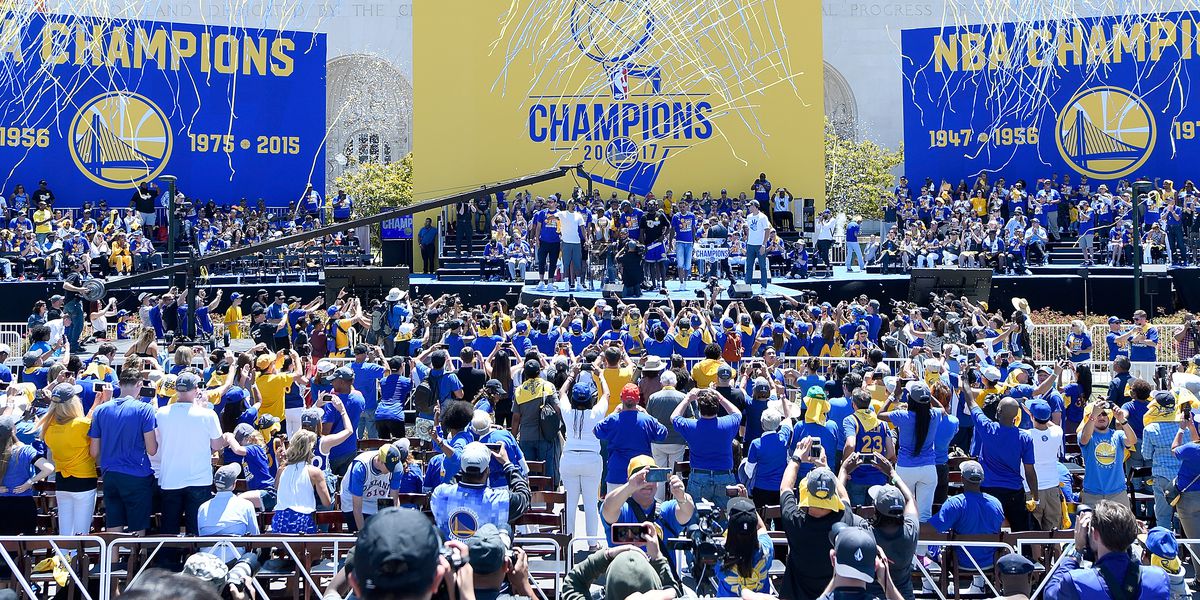 Ciwt couldn't possibly overstate the joy the Warriors have brought to the Bay Area.

Walk: Other home to do laundry and errands

After Ciwt graduated from college she worked in New York for a pittance and shared a 2 bedroom apartment with three friends who were doing the same.  Space was at a premium to put it mildly and she quickly formed a "New York Sense of Space."

So when she moved to San Francisco and saw that her closet looked like this:

her reaction was "That's not a closet, it's a room!"  She then proceded to use her closet/room as her office for 40 years.

When she moved to her new home recently and showed pictures to friends, they looked at all the open space and commented "Now you'll finally have a cheerful office out in the light."

But Ciwt had other ideas when she saw her new closet:

Yes, you guessed it, it is her new office: 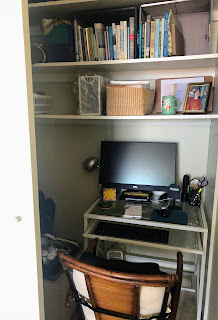 PS - Every once in a while she encounters another closet/office person.  Others may find it gloomy. We on the other hand find it easier to concentrate and love all the "New York" space we can devote to something else.

Walks: 1. Marin driving for lunch with friend  2. Presidio Pickleball, Legion of Honor (Guo Pei, Couture Fantasy)
Distance: 1. 2 miles  2. 5.5 miles, 1 hour pickle
So after years of sagging around in covid house clothes and then thinking of clothes only as things to purge during her move, Ciwt debated whether to even go to the Guo Pei Couture Fantasy show at the Legion of Honor.  Reluctantly she took herself to it yesterday, and WOW!
First, just going to a museum after three solid months of schlepping her things between her old and new homes, was uplifting.  Especially the Legion which Ciwt counts as one of the most beautiful museums in the world

.
Then, seeing a large crowd of attendees filling the museum was enlivening.   And a surprise because attendance at fashion exhibitions can be particularly sparse.
But really Ciwt was unprepared for the rich bedazzlement of Guo Pei's creations.  In pictures they had seemed almost silly, frivolous, sci-fi movie-ish.  But in person they were a stunning encounter with history, craft, culture, presenting exquisite needlework not often seen since long ago times and sought out by Guo Pei in travels through the Chinese countryside.  As awesome examples of and homages to fine craft, Ciwt could study just one of her garments for a long time.
And that is what people were doing.  Stopping, studying, taking photos.  You could tell the quality of the exhibition by the quiet in the rooms.  Even though they were crowded, viewers were deeply engaged.
Pictures don't do justice.  Perhaps the Guo Pei films from the Legion site will give Ciwt's readers a better idea 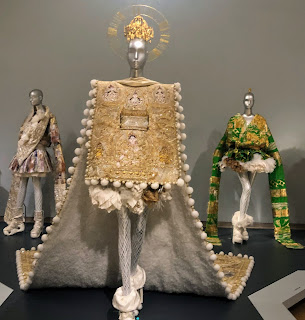 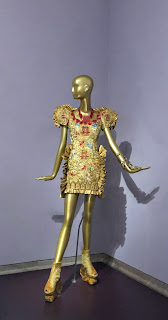 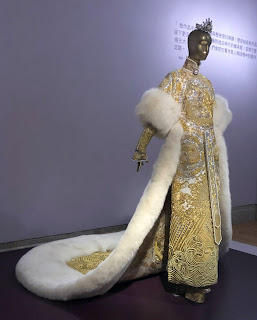 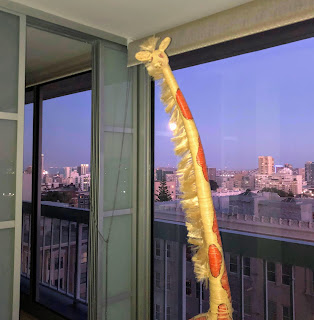 Walks: The usual back and forthing with some 'free wheeling' thrown in

So from March 7 when she saw her next home and had to figure out how to get into it until today, Ciwt has been suddenly and relentlessly involved in emptying one home/life and 'unemptying' another one.  Three straight months, day and night.  As of today the major things have been done - even the initial set up of her closet office (more on that in another CIWT)  her least favorite.  It has been all consuming.

Walks: The Back and Forths, Ups and Dowsn continue 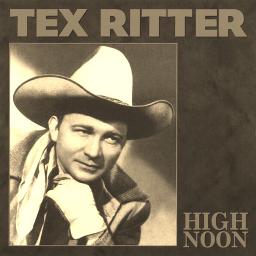 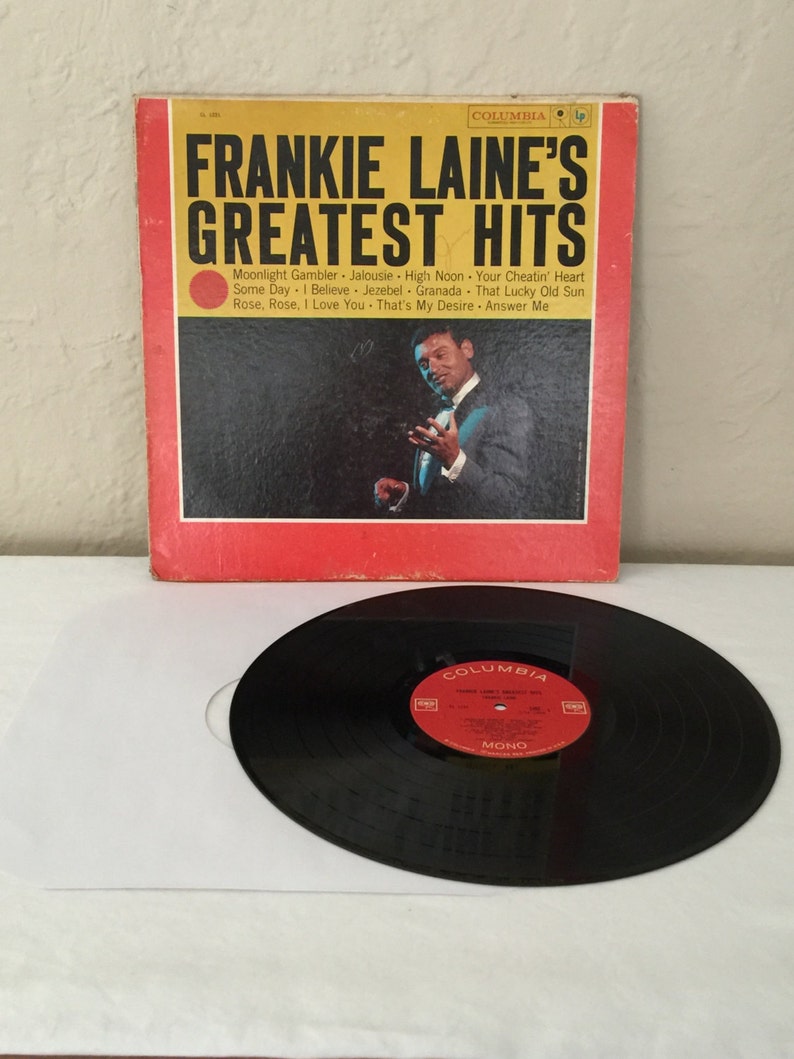 But meanwhile Ciwt continues to forsake you.  Yesterday for organizing household cleaning products, the day before findng room for cat stuff and getting it in order, today as she remembers she got more deeply into office pens, pencils, files, that sort of stuff.  The challenging joys of moving places continue...

Tex Ritter wrote it, Frankie Laine made it a hit

Every day is a new revelation for Ciwt when she uses her modern appliances (after figuring out how to turn them on). After 40 years using the dishwasher in her old home, she was shocked - and thrilled! - to see her glasses come out crystal clear.  She thought a little less cloudy was state of the art.

Walks: Still Back and Forth (between homes) and Up and Down but almost entirely in new home

Distances: @ 3 miles daily, a little yoga here and there, 2 hours pickleball one day

Sometimes it feels like Ciwt's moving 'thing' is endless.

Meanwhile a few recommendations that got her mind off the 'thing' and her readers might appreciate for breaks from their 'things'  1.  Better Call Saul, every season.  Start at the beginning if you can. 2. NYT and other reviews and comments following each episode.  You won't belive what you missed and how brilliant your fellow travelers are. 3. Bosch Legacy 4. Top Gun: Maverick.  Great Blue Angels type flying and, if you are lucky, you are aging as well as Tom Cruise.