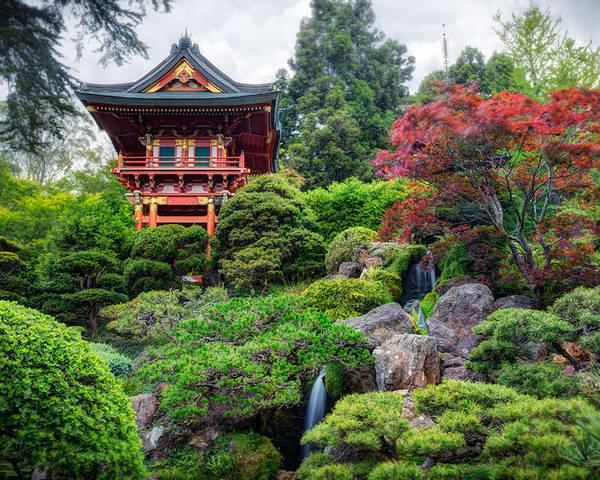 The beauty and serenity of Golden Gate Park's Japanese Tea Garden speaks for itself.  But, like her guide on today's tour, soon Ciwt might be putting in a word herself.  She's been selected to become a San Francisco City Guide, or at least a Guide Trainee for now.  That actual training is coming up in a few weeks and lasts several months, so probably her readers will hear more about it.  Hopefully she'll make it interesting.
Posted by Ciwt at 6:46 PM No comments:

Walks: Back and Forth to/from SFSPCA
Distances: 3.5 miles average, small yogas here and there 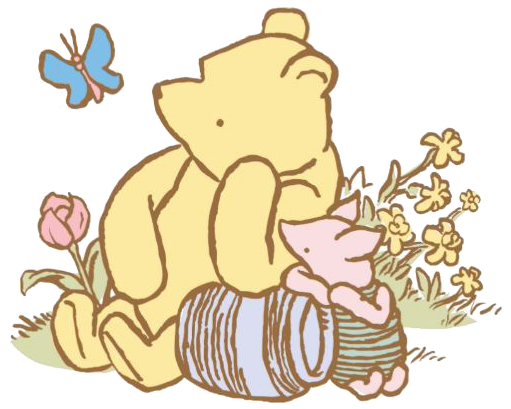 In other words, smelling the roses, that kind of January thing (in California where it's green already). 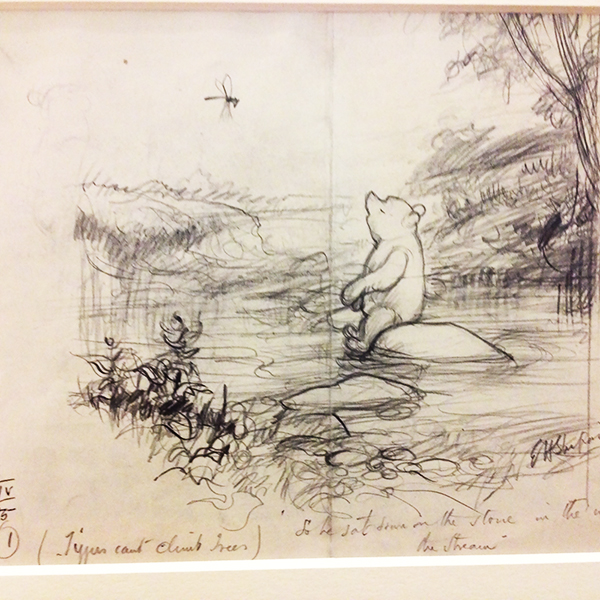 Contemplating, Laying Back, Reading, Staying in. 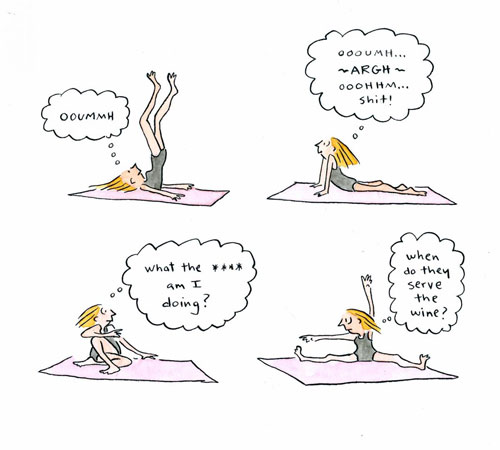 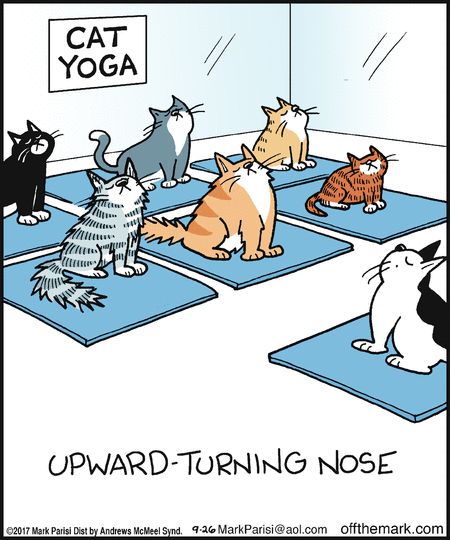 Ciwt and her cats particularly appreciate yoga on stormy days when they have to stay inside.
Posted by Ciwt at 5:59 PM No comments: 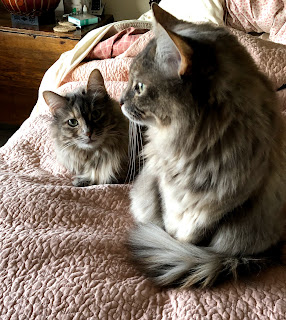 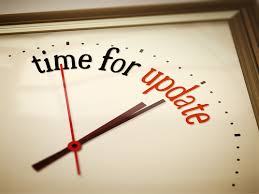 As  the song goes, the weather outside is frightful (for us San Francisco puffs). So Ciwt has been doing fun things like making donations and updating her will after 10 years. Needless to say, she isn't feeling too CIWT inspired.  That's done now, inspiration to follow.  (Unless she starts on her taxes...)

Walk: Clay Theater (Cunningham) (not the 3D version which must be even better)
Distance: 2 Miles


Imagine embodying the entire spectrum of World War I horror and grief in a young English Everyman on one day in April, 1917.  That seems to be what director Sam Mendes set out to do in his film 1917.  And, in several ways he succeeds, eg, excellent, understated acting and perfect cinematography.

But for Ciwt the rest of the movie is so contived, arty-farty and theatrical as to render 1917 dull, removed and, actually quite odd.

She hopes Oscar doesn't fall for it like the Globes did.

Well, since he excels at the Huge $howdowns, Ciwt thought Brad Rutter might be ahead at this point in the Jeopardy Greatest of All Time.  And after Brad, second she thought, would be James Holzhauer who revolutionized the way the game is played with his high-priced clues first and 'all in" betting strategy.  Last on her list was Ken Jennings who is the oldest and most conservative player.  He himself was quoted in articles during Holzhauer's regular season winning streak as doubting he could be fast enough on the buzzer or have the stomach for big, risky bets.

Well, again, Jennings is excelling!  Ringing in instantly, Winning enormous bets, Coming up with impossible 'trivial' answers.  As Holzhauer said "The guy knows his (stuff). He’s got an incredibly fast buzzer thumb and now he’s armed with this all-in wagering weapon. “That’s just the complete package right there. Add to that, and perhaps most impressive,  Jennings - and all of them - are keeping their senses of humor and fun throughout.  Championship stuff; Just watching on TV is nerve wracking enough.

Right now Jennings is in position to be the GOAT with one more win when The Match resumes Tuesday the 14th.  As Holzhauer also said "We'll have to see how next week shakes out."  Yes.

Along with Millions of other viewers Ciwt has adjusting her schedule to watch the Jeopardy Greatest of All Time. And, like all of them she's sure, her main intention is to pay tribute to one of the Greatest Broadcasters of All Time and her dinner partner for over 35 years, Alex Trebek.  The following are just the first four NYT Readers Comments from an article on the winner of Match 2.  (There are more then 150 along the same line).

* No matter how each competitor fares, the real winner will be Alex Trebek, who is facing a fearsome enemy with grace, dignity and courage.

* I just want Alex to win. I want him out of jeopardy and in Jeopardy for many more years.

* Can. Not. Wait. The buzzer strategy alone will be fascinating. This is exciting tv, and a much, much needed break from world chaos. Best of luck to all three - and three cheers, profound thanks and all good thoughts for Mr. Trebek, the epitome of class.

* Alex is the real champion, He has made the show a must see every evening.
I have spent years watching the show and actually learning from it. I don't care who wins because it is Alex and his fight against cancer that we all care about. When that contestant wrote that he loved Alex he spoke for all of us. Alex recent letter to John Lewis about being winners against cancer made me appreciate the fact that I have had the opportunity to watch him with my family all these years. He is more to us than a host, he is a man of character.

And from the contestants themselves:

In the spirit of the show, each champ was asked to describe what they admire most about Trebek in the "Jeopardy!" form of a question.
"What is his absolute professionalism?" Rutter replied. "I know how much work it takes to make it look effortless."
Jennings offered: "What is the way I see kids react to 'Jeopardy!' and Alex? Little kids who love the show and get excited when they know the answer. He symbolizes learning and knowledge to, now, a second and third generation of North Americans."
"What is goodness?" Holzhauer said. "Can you name someone who's been in Hollywood for 60 years and has never had even a minor scandal about them?"
"There's still time," Trebek joked, playing with his tie. What was that about being slow on the ad-libs?

Besides Tom Hanks breaking down into tears when accepting the Cecil D. DeMille Award at the Golden Globes, this is by far the most heart-warming story Ciwt has encountered in the year 2020.
She reprints it in its entirety.  (Just look at that picture!  Aaww).

California's oldest weekly newspaper, which once featured the writing of Mark Twain, has been saved.
A California man is taking over the Downieville-based Mountain Messenger, covering school board meetings, federal land use and other issues in rural Sierra and Plumas counties northeast of Sacramento.
Carl Butz, 71, said he canceled plans for a multi-month trek across Europe and Asia to step into the role of editor-publisher, beginning Jan. 20.
"I've been a widower for three years and this is a new chapter in my life," said Butz, who lives in an off-the-grid cabin in Downieville. "What am I going to do? Go on another trip around the world? Instead, I'm doing something good for the community, and I feel good about it.
Established in 1853, the Mountain Messenger publishes every Thursday with a circulation of about 2,400. Mark Twain famously wrote a handful of stories for the publication under his real name, Sam Clemens, while hiding out from the law.
"He'd accepted a challenge to a duel in Virginia City, and the State of Nevada had just outlawed dueling and so the governor said, 'Look I can hold this warrant for 24 hours, but you got to get out of here,'" said Don Russell, 70, the current publisher who is retiring.
Russell said he has tracked down two of Twain's old stories in the archives and said, "They were very short, one column by three or four inches. They were not particularly entertaining."
ALSO: 161-year-old Martinez News-Gazette to end publishing
After 30 years of doing everything from selling ads to reporting stories, Russell is ready to step down. He has spent the past year trying to find a new publisher and said in recent years covering expenses has been challenging. His salary last year was $3,000.
"We found a pigeon to carry it on!" Russell said. "I'm very happy about it. He is now on the porch talking to the L.A. Times. He and I had been talking about it for a long time. I had pretty well talked him out of it. This is a losing business. But he's an old-timer, and well-connected to the community, related to half the county. It's a very easy and casual hand-off. The paper is in good hands."
A retired independent software consultant, Butz plans to do some writing and editing and will be recruiting new writers. The region is popular for outdoor recreation and he hopes to increase coverage on mountain bike and snowmobile trails and campground availability.
The paper currently doesn't have an online presence and he may explore making a digital version available, but he has no plans to turn off the presses.
"I got all these papers from the 1800s. They're wonderful to be reading now," he said. "Nobody is going to be doing that 100 years from now with the digital stuff. I'm not a Luddite but I think there are some things we shouldn't lose. The printed word being one of them."