In just a matter of a few years, from this: 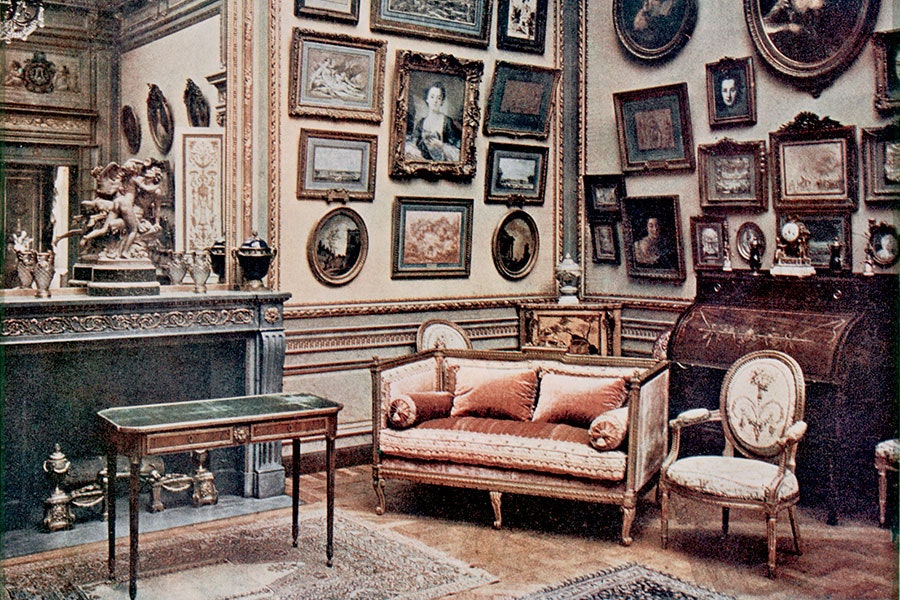 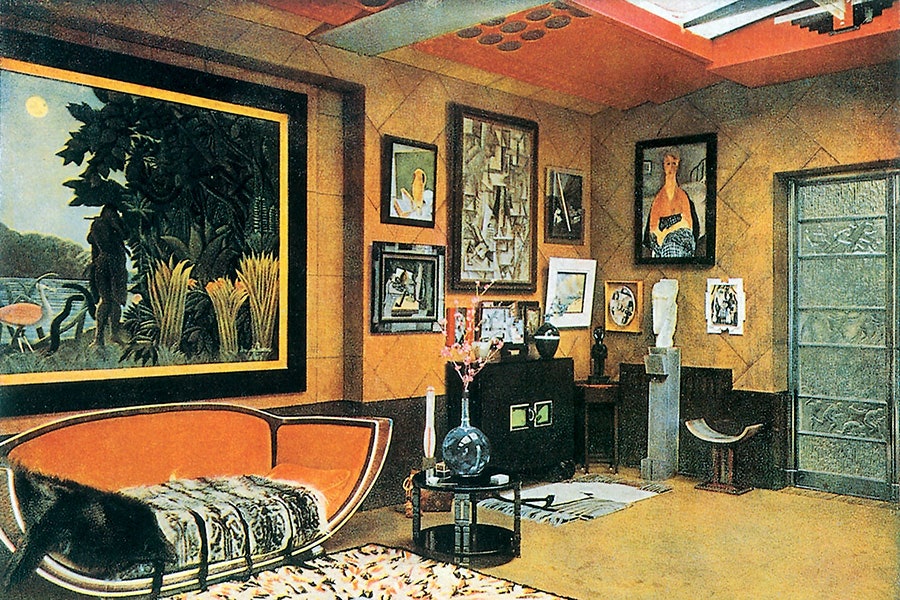 Or, better yet in the same time frame, from this: 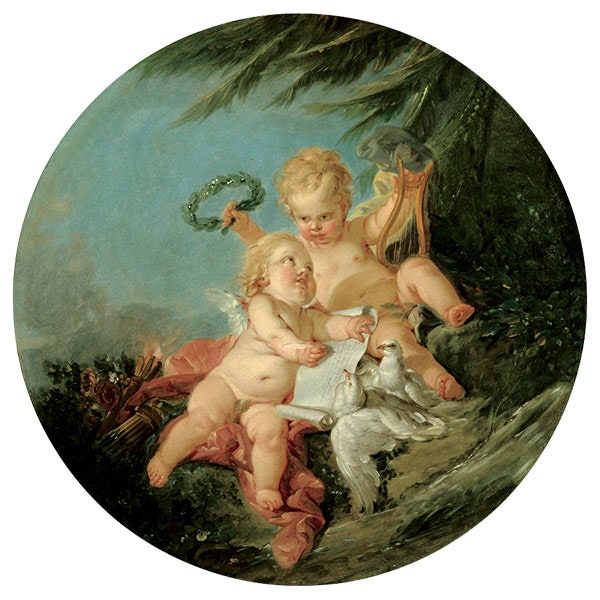 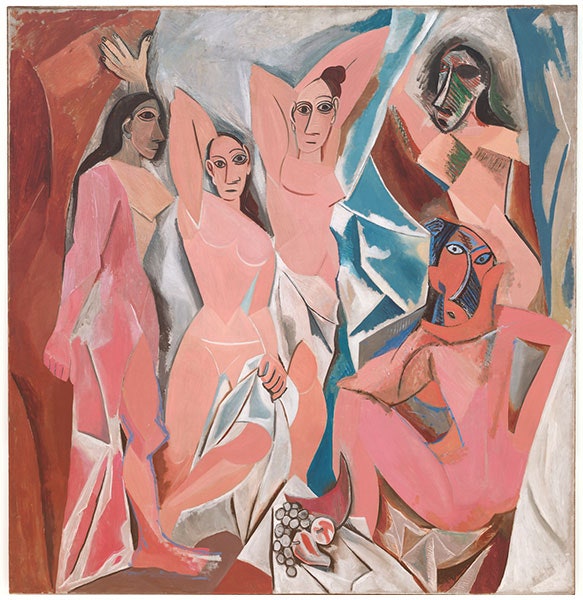 You know how you can live with things in your home looking one way for years, and then realize, oh, if you just move the sofa there and that table across the room, the flow will work much better.  Changes in taste, if they come at all, take most people many years.  And this in a fluid society where changes are accepted - even to be expected.
Now, take your mind to Paris at the end of the 1800's.  Socially acceptable decor was perhaps less rigid than in previous times,  but Parisians still refused to buy 'upstart' Impressionist art and fussy, over-crowded and formal was still the way to go.  Except for a few with discerning eyes and the courage to step forward into modernity, the most remarkable of whom was fashion designer, art collector, Jacques Doucet (1853-1929).
That's his living room at top, the very epitome of Parisian interior decorating and likely he envy of most of Doucet's visitors.  Who knows what they thought a few years later when they saw his art nouveau studio with a 'primitive' Rouseau painting above the couch, a large Picasso cubist painting on the wall, right near a Modigliani portrait of a woman in a pink blouse.  Doucet could not have gotten more shockingly modern - and, as art history played out, more brilliantly right on.
Actually you could have, and Doucet did.  He was the first buyer of one of - perhaps the - the most famous paintings in all early modern art, Pablo Picasso's Les Demoiselles d'Avignon pictured above.
Demoiselles was so ahead of its time and so defiant of all art traditions that Picasso did not present it to the public for nearly nine years after it was painted.  And during that time, he invited only a few trusted and art savvy individuals to look at it.  Even Matisse, the star of the Parisian avant garde at the time, was appalled enough to warn Picasso to keep it from the public.  So, how did Doucet react?  He bought the painting!
In terms of being tuned in and able to discern greatness, this is astounding.  As were others of Doucet's
purchases, including:  Irises by Vincent Van Gogh 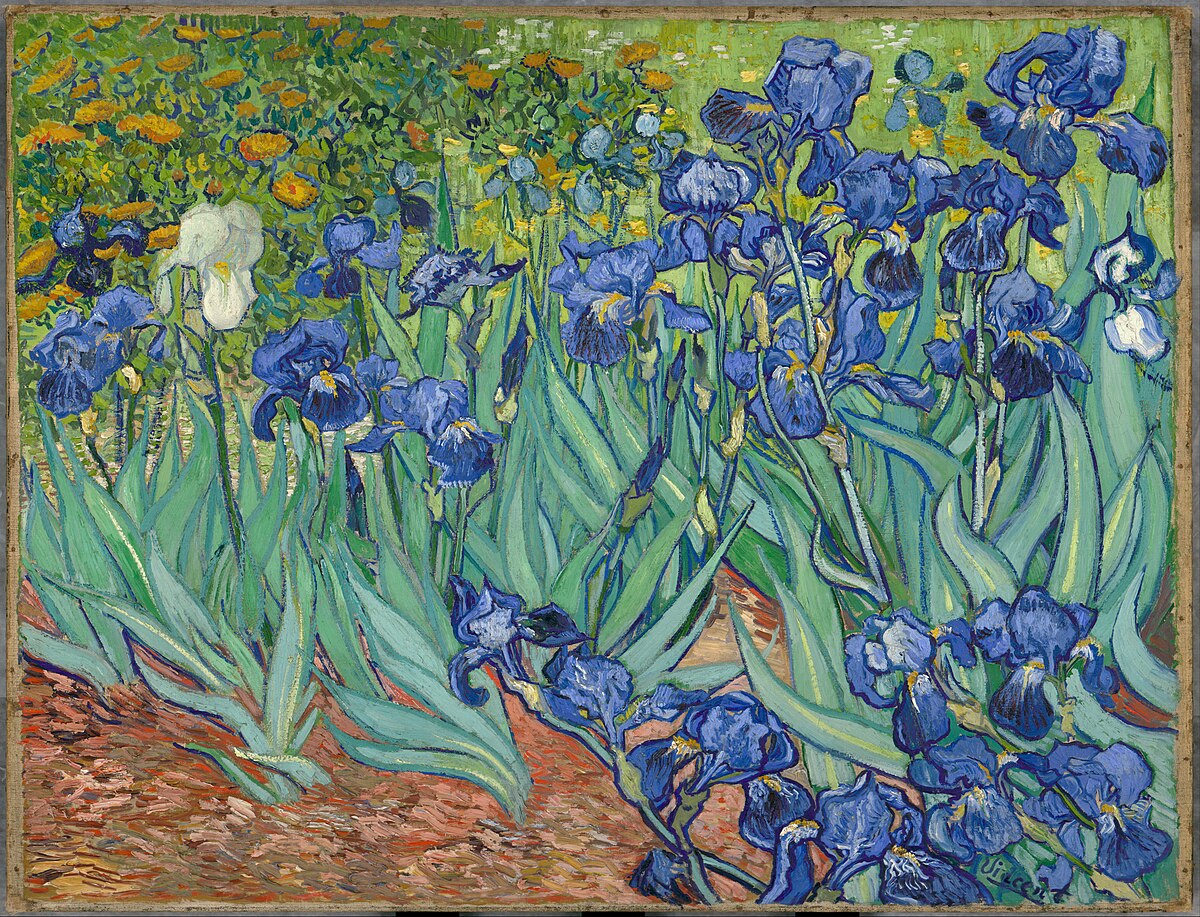 (this at a time when Nobody would buy a Van Gogh),
The Circus by Georges Seurat 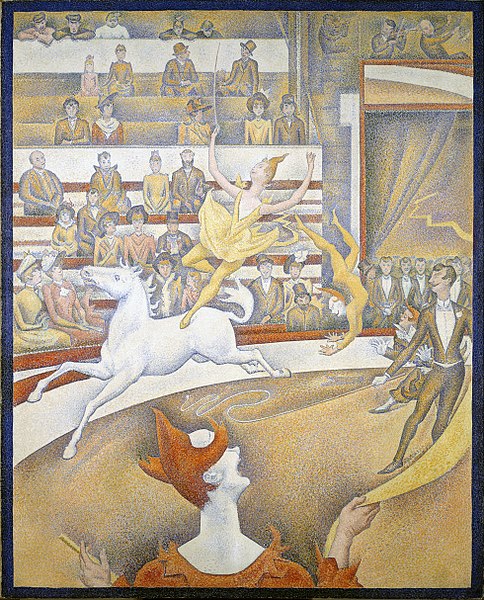 On the Beach by Edouard Manet

and many more that now grace the walls of museums such as the Getty, the d'Orsay and the Musee Angladon in Avignon which houses the many notable works still in Doucet's collection and inherited by its founders.
Pioneer of haute couture, informed amateur artist, patron of artists, writer and collector extraordaire, Jacques Doucet had an eye and a purse for masterpieces from the Renaissance to the now greatest masters of the early 20th century.  This without art advisors and dealers who usually guide most important art collectors and help them over the many frightening thresholds encountered while assembling a great art collection.  To Ciwt this is truly awesome.