So today Ciwt took her 100,000th of so walk to Trader Joe's.  What else is new?  Well, the sidewalks on the way were all clean.

The stretch near Joe's was traditionally depressingly littered with all conceivable amounts and types of trash.  Legally it was no one's responsibility to keep that stretch clean, and then the wind didn't help, so Ciwt would just avert her eyes, tiptoe through and wish something would happen to make the trash disappear.

And then about three months ago, something did!

Or someone!  Name of Vincent who quit his job during the pandemic and started an organization called RefuseRefuse.  It began humbly, to say the least.  Just Vincent and his two daughters picking up trash around their block.  But then neighbors noticed the difference and started pitching in.  Somewhere the money showed up for Vincent to buy a bunch of grabbers, orange trash bags and hoops to keep them open. And more people started noticing and showing up for RefuseRefuse cleanups.  One of whom was Ciwt, who saw Vince cleaning up around Trader Joe's, went up to thank him, learned about RefuseRefuse and was in one of their bright yellow vests with grabber the next clean up. 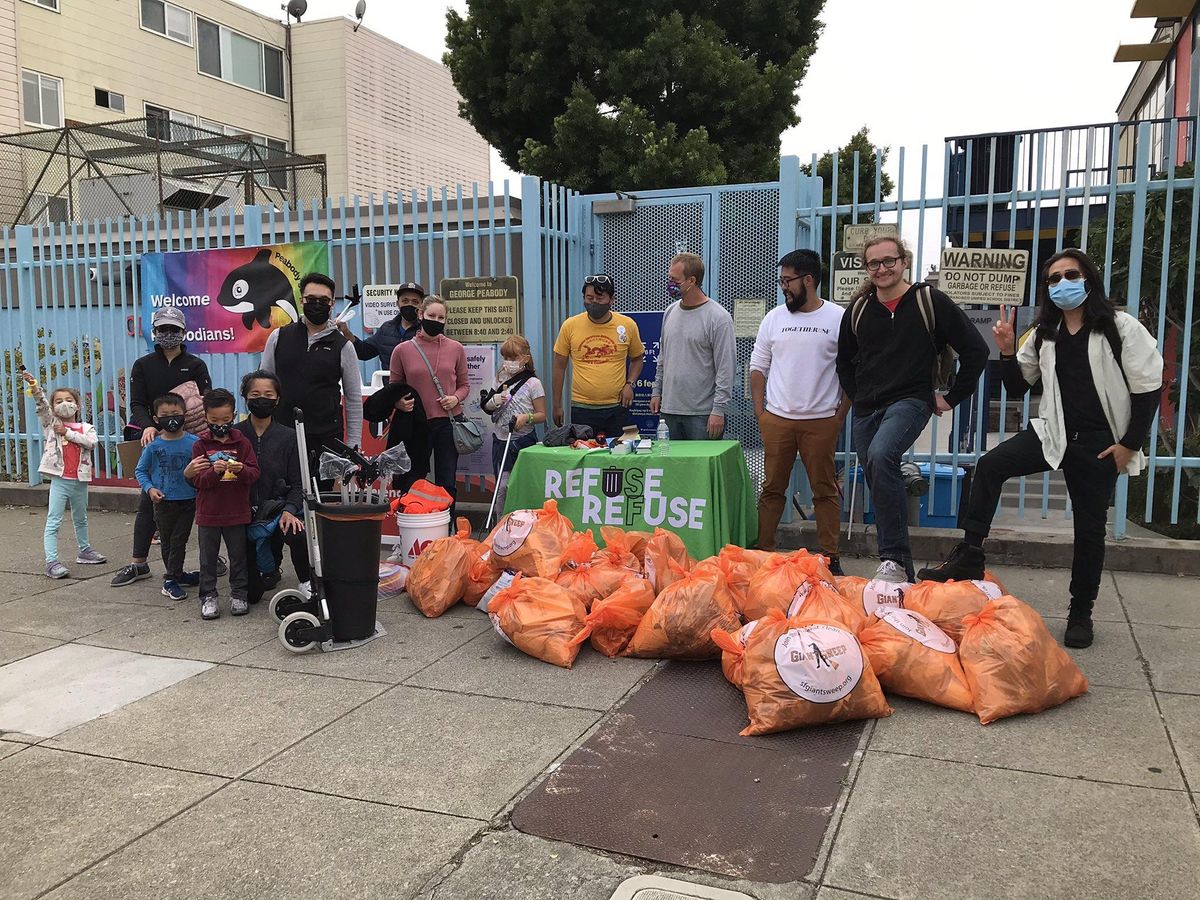 Yesterday the SF Chronicle did an article on Vincent and RefuseRefuse:  If you want 'more dirt,' it is inspiring, uplifting reading: