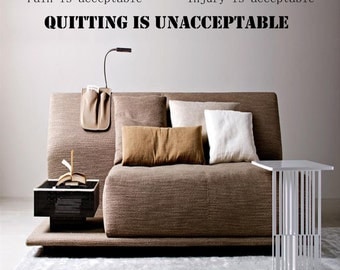 Ciwt's impending decision about whether to join a golf club has unexpectedly wandered her into 'Sports in General" territory and presented questions she never dreamed would ever occur to her much less be asked.  They boil down to: Is Ciwt through with sports and its compadre, competition.

The essence here is: Is Ciwt ready/able to give up a deep identity as an athlete?  Not just an athlete, a good/excellent athlete from a whole family and community of excellent or at least totally sports-obsessed athletes.  Make that a State, actually.  The state where she spent much of her youth was known to be one of the most sports-centered; now it seems they all are.

Ciwt thinks of a man in ski country where she once lived and pretty much did nothing but sports.  He was old even then but continued to play tennis.  That is, he continued to come to his daily game wrapped in a knee brace and and two each elbow and wrist bands and scream, swear at himself and throw his racket whenever he missed a shot.  Like an ill-mannered teenager who actually might have a more proficient tennis future in front of him.  This man was in his 70's, wasn't going to get any better and his intense competitiveness was totally inappropriate - not to mention the pressure he was putting on his joints and maybe heart with all the ranting. (Plus it was just plain unattractive).

She also thinks of all the hip, knee, shoulder, back operations that are common among her peers - and, on the positive side, of all the body wisdom she has gained through yoga.

But still Ciwt can easily identify with this tennis man who apparently did not know how to come to a realistic place about his age.  It is complex: the mind, muscles and being remember the thrill of those winning tennis games, that water and snow skiing, roller skating, long runs and high energy hikes, dancing even.  And the admiration of others, the ego boost, all the friends you did those activities with and the ease of making new friends because of these common sports bonds.  The hours, days, years of being an active athlete whatever your sport.

Then slowly realizing when you can't push off that curb as quickly or a sudden turn tweaks your knee or you do 'nothing' and spend a day or two immobilized by back spasms.  Older bodies need careful attention And they still need to stay fit.  For sure. And with luck, they can still compete but at a sensible level and possibly just by setting personal goals and working toward them.  Competing with yourself, gaining appropriate mastery.

So now Ciwt is thinking she might - might - get more deeply identified with that move from competition and athleticism to appropriate mastery.  Interestingly, she has probably been on that path for a long time - with her concentration on walking/some hikes and regular yoga.  But some part of her apparently has been waiting to be that Competive, Winning Athlete again.  This is the part that might need some freedom now so Ciwt can be free to spend her remaining life on other activities and interests - while still staying fit.

Not easy. Obviously professional athletes experience much more of a crisis, but even for us everyday athletes, accepting a much more moderate, much more careful, much less exhilarating life of motion is not easy.  Ciwt isn't there, but further than she realized until this 4th of July weekend.
Posted by Ciwt at 12:02 PM