Can you spot the thing all these cars have in common? 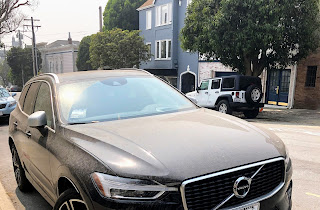 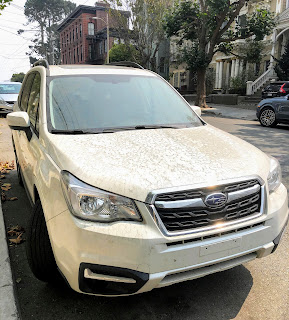 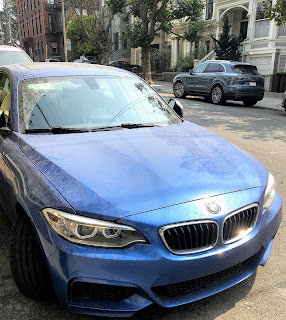 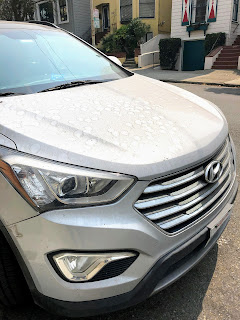 If you answered "Dirt," you'd be right.  And if you said "Cinders and Ash," you would be the grand winner.

As she stepped out into the now Vancouver, BC to Tijuana officially "unhealthy" to "very unhealthy" air today, Ciwt felt grit crunching under her shoes.  Then she noticed cars in her neighborhood.  One after another they were filthy.  It was like a Dirtiest Car Contest.  And really this was just the beginning.  Every surface of the city,  everywhere your eye, foot, hand lands there is a thick layer of black, grimey soot.  Inside and out because it slithers in through the most minute openings. Feels like nothing will ever be clean again.