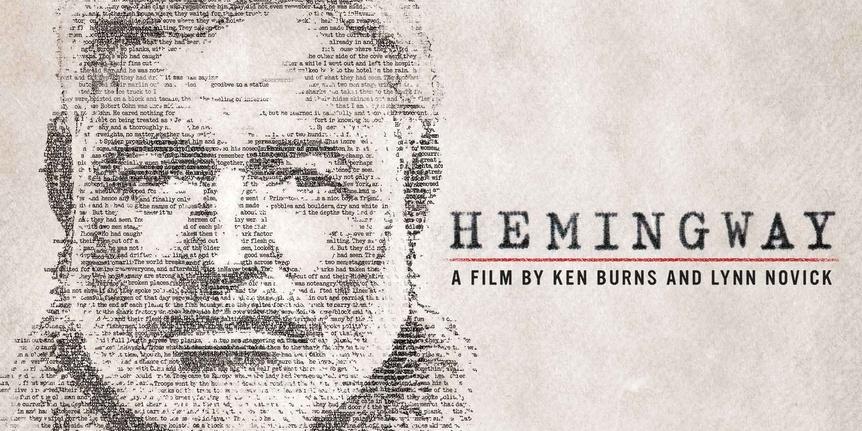 We know early on (or before if we are Hemingway followers) that the clean writing and macho pictures belied the intense mental and physical turmoil that ransacked Hemingway's life.  So, for Ciwt four of the six hours or two of the three episodes of  PBS's Hemingway documentary were just downers.  Excellently researched and filmed by the superb documentary team of Ken Burns and Lynn Novick, but still downers for Ciwt.

By the end of Episode One - which she definitely recomments -  we know where Hemingway got his writing style, that he came home from his hellish WW I experiences physically and mentally broken and began both his macho posturing and alcoholic drinking.  We know about his years in Paris, his behavior patterns with his serial wives, his lying and that he was already the most famous and best writer of the early and perhaps mid-twentieth century.  He had 'rearranged the furniture of writing' as the great writer himself, Tobias Wolff, put it.  We know he had had three serious concussions, couldn't be alone,was a daily drunk, was narcissistc and obsessed with death, was brutal and unreliable in and out of  marriage - and was internationally famous.

Learning all that with old clips of the people and places of  his childhood and handsome young adulthood along with those of Paris in the Twenties is stimulating, fascinating, visually alive.  But by Episode Two, Hemingway is in his thirties and the effects of his mental and physical illnesses - including alcoholism - have gained on him and keep growing.   And from then on we learn nothing new really.  It's Hemingway being brutal here and challenging someone to a boxing match there, and roughing up his wives, and going to bullfights and aimlessly, drunkenly carousing, savaging his friends and people who had helped him in print.  Getting more concussions, killing animals and deep sea fish.  A huge macho display captured around the world in magazines and news reels.  And producing mostly great literature.

By Episode Three, there he is again but worse, just a shell.  Now the abuse is physical with the wives, the looks and health are gone, the writing is a grind some of it not so good, one of it - The Old Man and the Sea - outstanding.  But what are we viewers gaining from watching this empty, highly publicized, predictable tragedy?  It's just terribly sad, depressing, the man is very very sick and has been for decades.  Too much for Ciwt; she had difficulty shaking the glumness of it all.

* In the early twenties and before Hemingway had a publisher for his first novel, The Sun Also Rises, F. Scott Fitzgerald wrote Maxwell Perkins a letter introducing Hemingway and recommending his writing.  Among other things, Fitzgerald wrote: “He’s very excitable, and I can’t promise he’ll know his own mind next month.”