Even after a multi-stage $11 million restoration by the Wright Trust, the Frederick C. Robie house looked dated and shabby in parts to Ciwt on her recent tour.  The 14-month restoration included woodwork, light fixtures windows. flooring, textured plastering and coloration of the walls and ceilings.  All these were originally specifically selected and mandated by Wright himself, and eventually (for many more millions) 'jewelry' will be added in the form of original furniture designed and installed by the Prairie Master.  The house will then be close to the total work of art Wright designed and insisted on.

If he could have lived with each of his clients and told them exactly how to live in their house, that probably would have suited Wright.  He was nothing if not controlling.  And talented, inventing a uniquely American (sort of )* style of architecture whose linear horizontality was meant to echo the prairie landscape of the Midwest.

But these days there often isn't much prairie outside Frank Lloyd Wright houses. The Robie House, in Chicago 'widerness' when built, now abuts a teaching building on the University of Chicago campus.
And usually when one of the esteemed architect's buildings come on the real estate market it gets a lot of fanfare and then sits and sits and sits.  Some have been actively for sale for over a decade.  Those ones that sell usually go for fractions of their asking prices

Given Wright's reputation this seems surprising until you understand that most are in need of the same type of renovations as the Robie House.  Ie, the Whole House.  Even if the new owner can work with the restrictive National Historic Landmark conditions most of these houses operate under, good luck finding original materials and/or the artisans who know how to work with them. For instance, when one of Wright's specially designed windows needs to be replaced, specialists must match the color, create the glass, and work on the leaded borders (which are actually copper-covered zinc).
Each window can cost between $7,000 and $10,000.  No short cuts allowed. (The Robie House has 175 leaded windows and doors).

Historically Prairie Style houses are bought by wealthy art patrons who want to live in authentic artistically significant style and lovingly undertake the task of a long, exasperating and costly renovation.  Then, again historically, those owners find there are few if any like-minded people who will buy their beloved projects from them.  Some refer to all this as the 'secret curse of owning a Frank Lloyd Wright house.'

There's one Prairie Style Wright house that came on the market recently in Los Angeles.  It has been lavishly restored to the tune of $17 million and carries an asking price of $23.  Ciwt will be interested to see what happens. 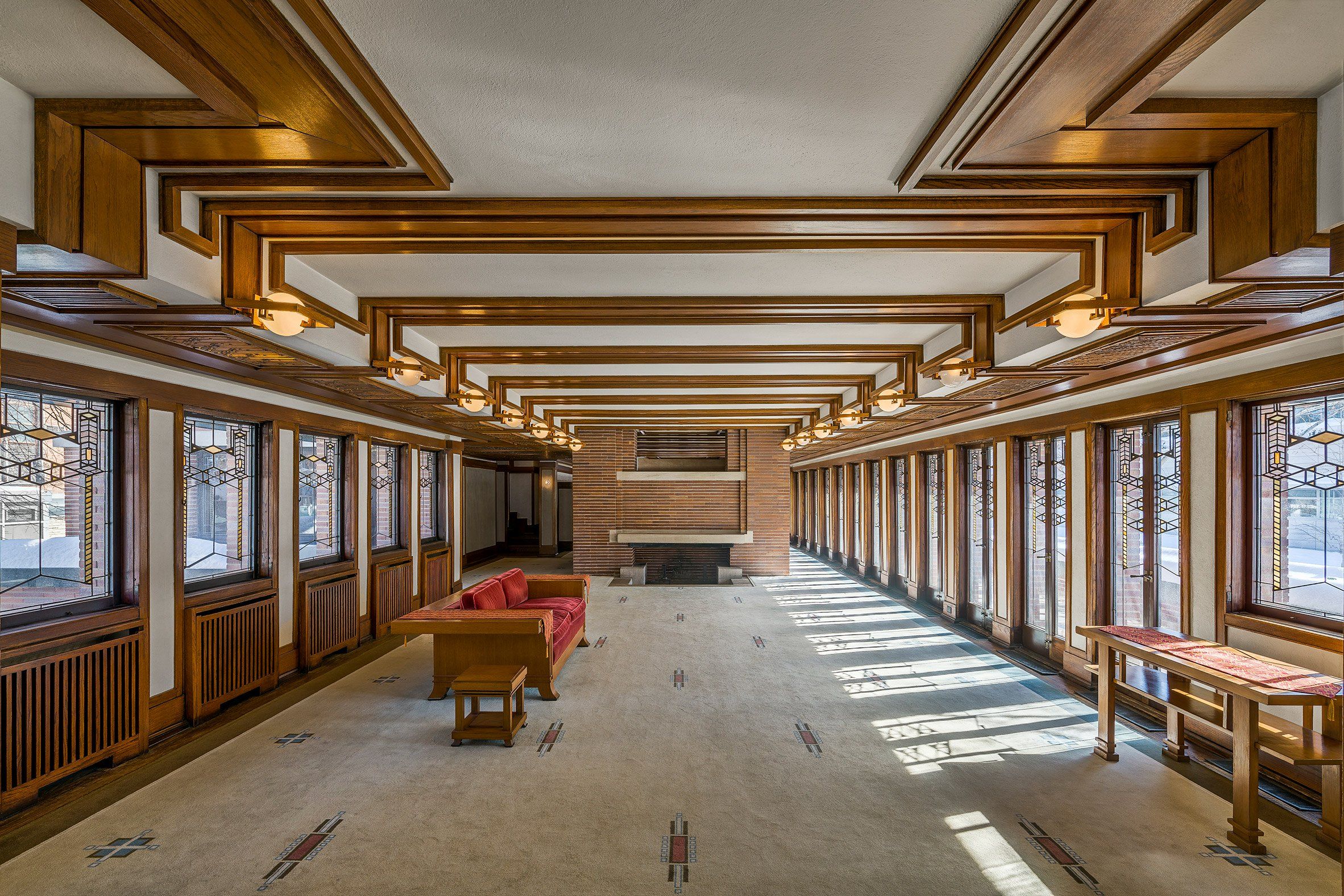 *Wright deeply admired and was strongly influenced by the Japanese architecture style.