Walk: Pickleball (of course), Union Square
Distance: 2 hours Pickle (Ciwt may have to take a few days off to rest), 1-on-1 Training, 1 mile


As Ciwt's short trip to Chicago settles in she realizes "The Bean" and Millenium Park are her favorite Chicago memories.  The Park was a nightmare getting into being, conceived of in 1997 and finally opened in 2004, four years late and $150 million over budget.  But, hopefully, its popularity and exuberant atmosphere now make up for Chicagoans' frustrations.  The public - local and tourist, including Ciwt - Loves it, and, as of 2017, Millenium Park became the most visited Midwest attraction.

Right in the heart of Chicago, it's an art filled, stimulating, spacious and just plain upbeat new kind of town square.  And one of its many first class attractions is Cloud Gate, better known as "The Bean," an enormous stainless steel creation of artist Anish Kapoor and numerous technicians and construction workers who figured out how to actually bring it into existence.  Ciwt had seen pictures, but only a personal visit could tune her into the action and energy that people bring to it.  Even in spite of its size, the swirl of people makes it difficult to find a place to take a selfie or photo of a friend.  Unlike viewing the Mona Lisa,

the people actually add to the fun of  "The Bean." 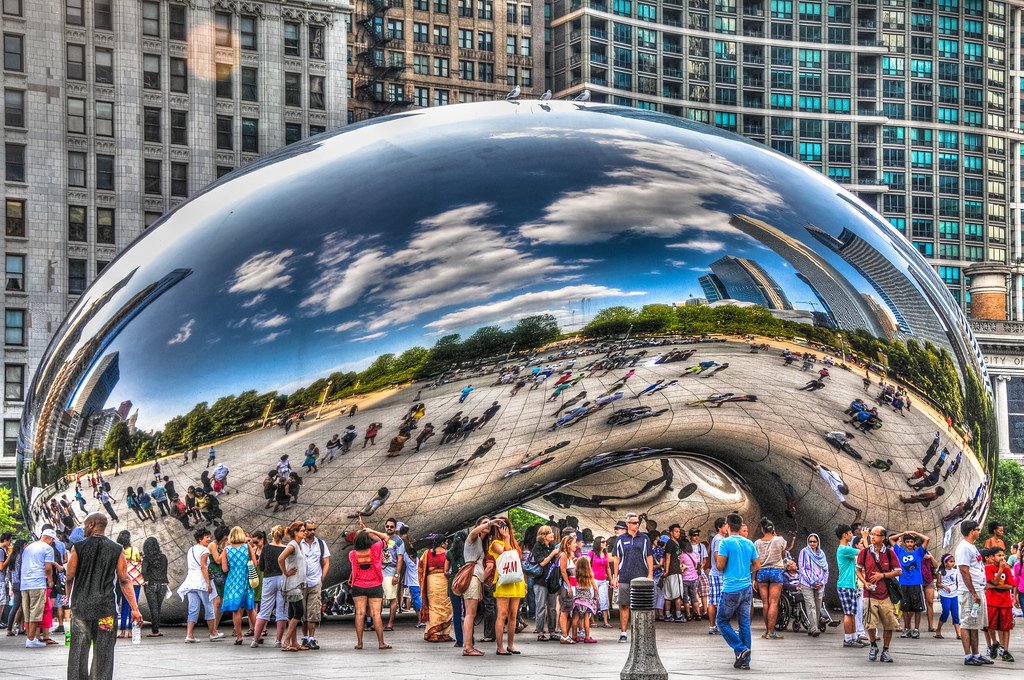