Walk: No (Rain and Sleepy)
Distance:


So, along with many other people, Ciwt received an email copy of a letter from F. Scott Fizgerald while quarantined in the South of France during the Spanish Flu pandemic in the early 1900's. There were all the lyrical sentences, the boozey references, the ongoing frenemy spat with Hemingway. Ciwt has long loved Fitzgerald's writing and was thrilled to read a letter she'd never encountered before.

Unfortunately, the reason she'd never encountered it was that it was actually written 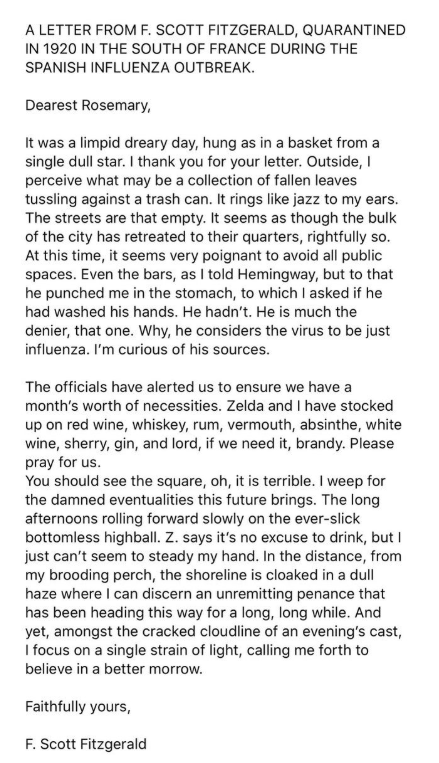