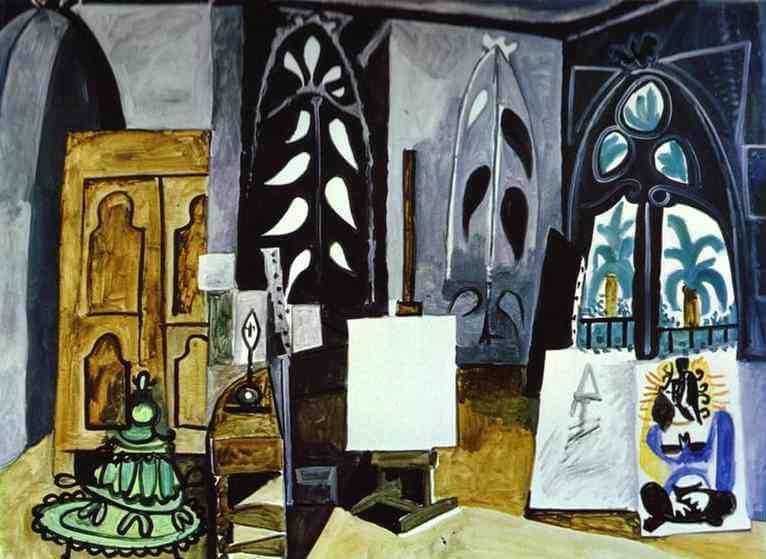 Pablo Picasso, The Studio at La Californie, 1956, oil on canvas

Like many artists, Pablo Picasso was not one to interpret his work for the world.  So, there are many speculative meanings projected on his The Studio at La Californie.  Ciwt is in the camp of those who see the painting as, at least partially, a homage to Matisse and a way for Picasso to process his loss. Other than his own internal muse, the artist who most energized and stimulated Picasso had been Matisse.  You see him there in the Moroccan brazier  and exterior palms that recall Matisse's studio scenes.  And you see him in the cut out shapes.  But you also see his absence.  There is no color in the black and grey Matisse-like shapes within the studio and the utterly blank canvas is heartbreaking. To Ciwt it represents the absence of Matisse in Picasso's artistic soul and the question Picasso may have been asking as he confronted Matisse's death: What now?*

*Picasso died in 1973 believing to the end, as he said, "All things considered, there is only Matisse."