Here is the list of the Women Artists who were included to show in the 1894 Midwinter Fair, an international extravaganza held here in Golden Gate Park: 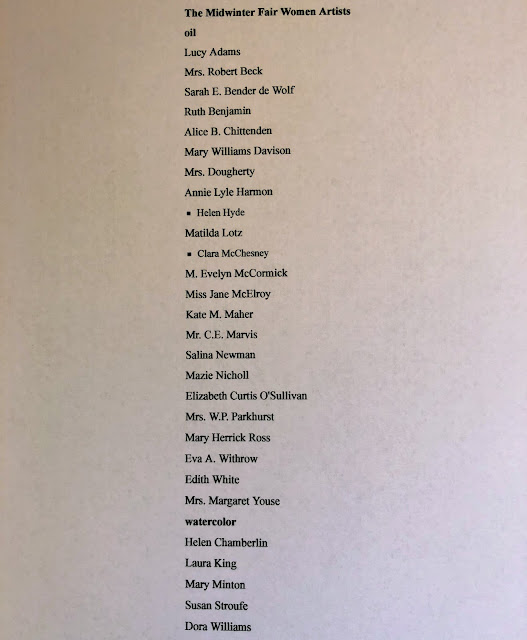 The list is noteworthy because in 1894 women all over the world were in the early stages of fighting for recognition as independent artists in their own right.  And this list is extensive.  Congratulations are due. As she reads down it Ciwt sees  several women who painted under their married names, under Mrs....Perhaps they felt more comfortable with that formality, or perhaps they still did not see themselves as individual entities in society or perhaps their husbands insisted.  She also sees a Mr. on the list.  That might be a typo or it may be that C.E.Mavis felt she could not command attention not to mention sales if she painted under a female name.