So yesterday Ciwt went 'highbrowing' to the opera.  The featured work was a new one commissioned by the Merola Opera Program which trains performers for the future of opera.  The 'Merolini' sang and played their lovely hearts out and were superb.  So, the future is looking good for voice and insturments.  But the future of new opera book -  at least based on this one - does not bode well. Entitled If I Were You, it has a few melodic stretches, but the rest of the opera is a non-involving mess.  It is based on some old, well enough regarded literary piece and concerns transferring your soul instead of embracing your true one.  Here are some of the souls we were somehow meant to care about but don't: a college dropout who smashed his car into a tree, an out of shape sadistic boss, a cocaine dealer/murderer, a crooked cop, and Ciwt can't quite remember if there were more souls.  Because, you know, who cares?  And then there were the various transfers which happened through strobe lights and digital circles drawn around the characters by overhead lights to the tune of cacaphonous 'ancient' chants.  Like a video game.  Poof, everybody is awful and dies.  What a  forgettable trying too hard to attract young people to opera mess. 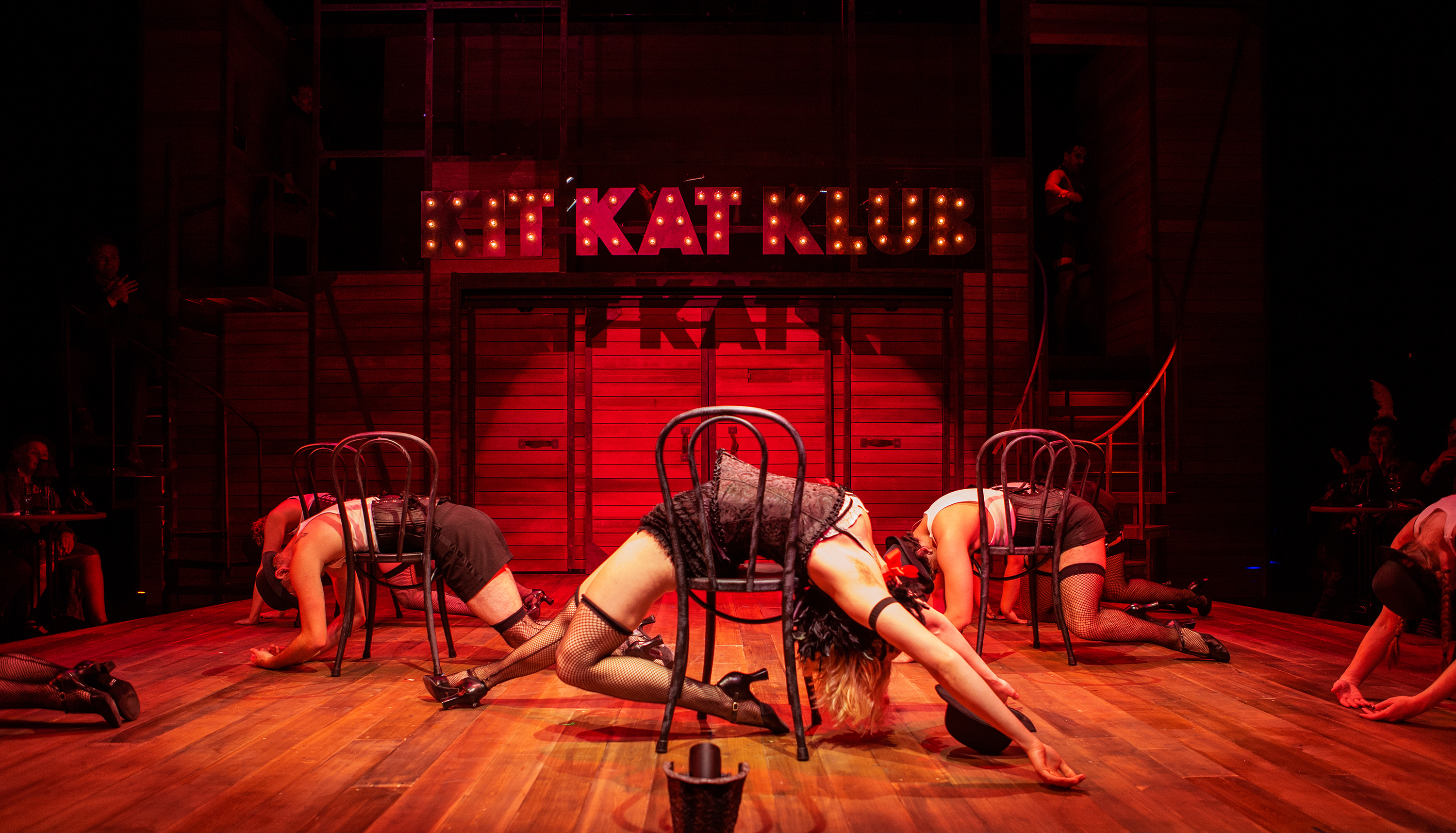 Then today Ciwt returned for the second time to a local production of 'lowbrow' musical theater.  Cabaret is also based on an oldish (8 decades) book, this time by Christopher Isherwood.  Here are the characters: 8 or so gays/trannies/lesbians, a broken down cabaret singer, her Master of Ceremonies, two very old people, a prostitute, an in the closet gay novelist, and a man you like for a while who, unfortunately,  turns out to be a Nazi.  The time is 1930's Germany; you get the picture.  None of these characters is particularly well developed but, boy, do you care.  The music knocks your socks off.  And, like with the opera above, many people die - but this time in an incredibly quiet, understated and devasting way.

So which is high and which is lowbrow?