So Ciwt has been diving into The British Are Coming, Rick Atkinson's first book in his planned trilogy on the American Revolution.  (press link for trilogy site) As she read she remembered visiting The Jumal Morris House during her Real New York Walking Tour last Fall. So she let her fingers walk her to the extraordinary New York Public Library's digital division where she found historical prints and photos.

Located in Harlem Heights, the William Morris house (as it was named before Jumal bought it)  served as George Washington's home and headquarters early in the war.  It is also one of the few historical houses left standing in The City.  This by sheer luck as several other famous and/or notorious people lived in the house after Washington. Usually and ruthlessly development has always taken precedence over history in The Apple.

In the picture, you can see why The General likely chose the house.  Its slight resemblance to his beloved Mount Vernon, yes, but mostly for the unparalled view.  He was able to take out his telescope and sight all the way down to Wall Street in one direction, across the Hudson at New Jersey in another and a long way up the Hudson River Valley in a third, all three directions from which the English might attack.

Meanwhile, the very man who would have led that attack, Sir William Howe, British Army Commander-in-Chief in America, lived a mile or so downtown in at The Beekman House.  It was located at 50th Street and First Avenue on the East River, a Primo midtown location its future was likely very brief after Howe left it in 1776. 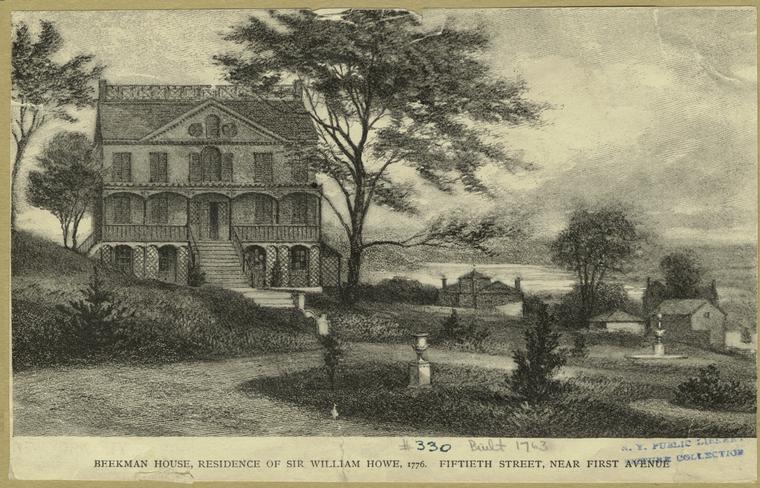