A Few of Claude Monet's many paintings of the cliff at Etretat: 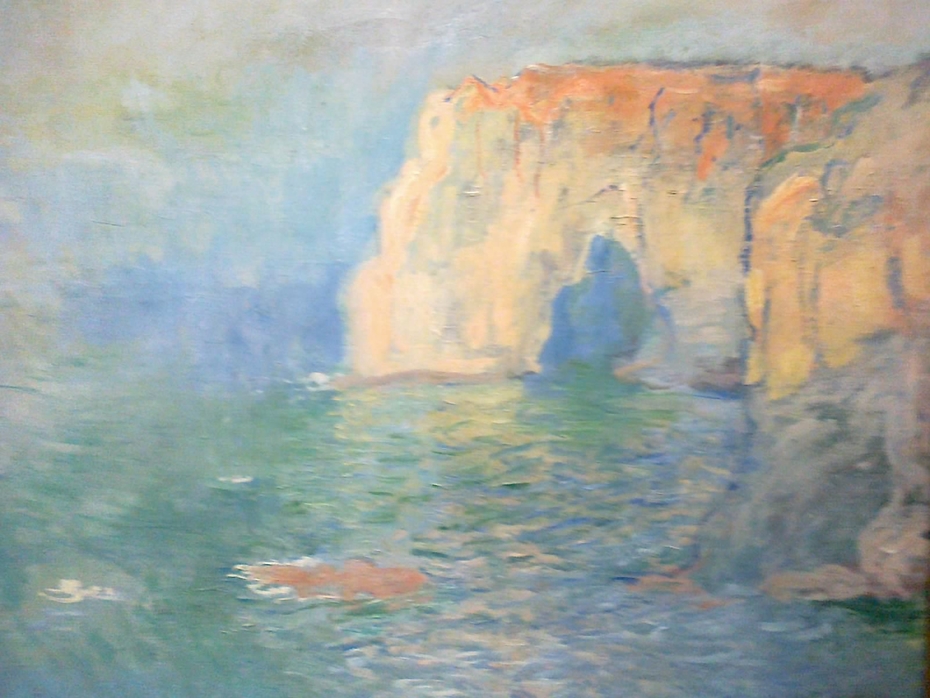 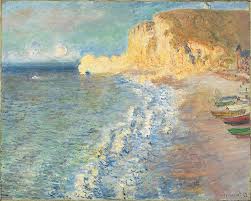 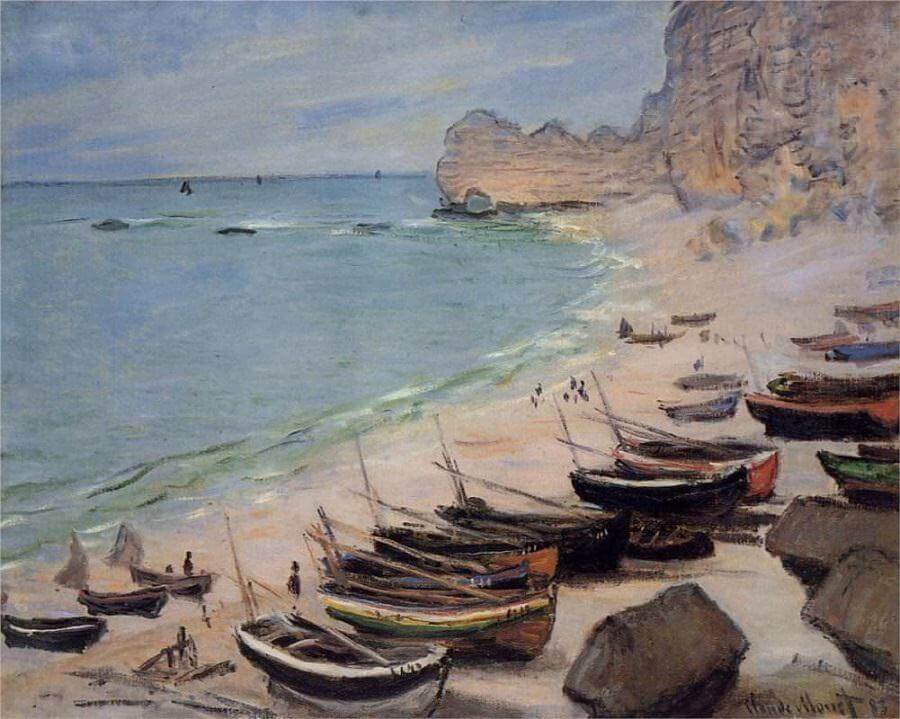 In the winter of 1868-1869 Monet's attention was drawn to Etretat in the Caux region of Normandy. He then returned there every year between 1883 and 1886. Like many painters, particularly Gustave Courbet, Monet was captivated by the picturesque qualities of the place, and took inspiration from it for more than fifty of his paintings.The configuration of "these high cliffs pierced by these strange arches called the Gates" (Maupassant, Adieu, 1884) gives an unusual character to the landscape. The largest of the three openings in the cliffs, the Manneporte, "an enormous vault through which a liner could pass" (Maupassant, Guillemot Rock, 1882), appears in only two of Monet's paintings. In 1885, Monet frequently met up with Maupassant who was living in Etretat. The writer chose this place as the setting for several of his short stories. The writer's feelings, expressed throughout his descriptions, are close to those of the painter. Moreover, this view of the cliffs illustrates both the close links between art and literature in the 19th century and Monet's love for the Normandy coast. Elsewhere, Monet's repeated studies of the cliffs herald the "series" which would flow from his brush in the following decade.