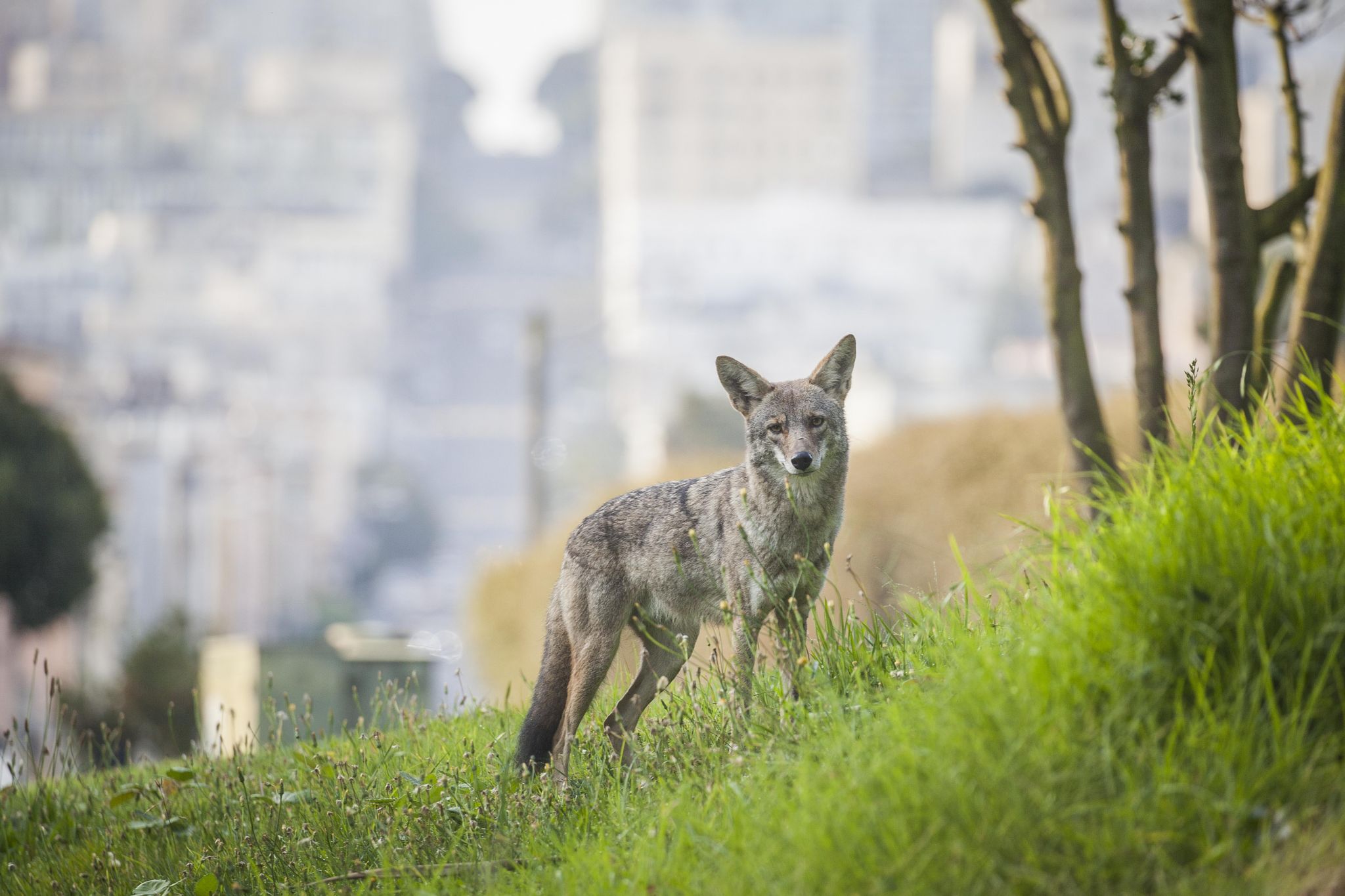 So, yesterday in the Presidio there was a coyote just hanging out a few feet away from Ciwt.  We looked at each other for a while, then it returned to whatever it was hunting in the tall grass and Ciwt walked on.  No more dramatic than encountering a dog.

At first she was concerned that there was something unhealthy about 'her' coyote because it was out in the daylight.  But turns out, daytime is the coyotes' usual and prefered hunting time.  And, back to that dog, Ciwt assumed if she had one and was walking it, the coyote would have have attacked it.  But, wrong again.  Coyotes aren't waiting to eat dogs at the first opportunity and they don't dumpster dive.  They prefer a 'natural diet' of small rodents and fruit mainly as well as deer and rabbits.  All this if they aren't guarding pups; if they are, they will assume dogs are a danger to their young and growl aggressively or possibly attack if the dog gets too close.

If she'd been walking her cats (fat chance!!), it might have been a different story.  Coyotes do sometimes prey on cats and small dogs, but it is much more uncommon then some scare tactics would have us believe.

Usually coyotes prefer to steer clear of humans and do their best to hide.  This serves them well because the most dangerous thing that can happen to a coyote is being fed by humans.  Feeding coyotes is sometimes done on purpose but most often happens accidently when pet food is left out on porches or bird seed collects on the ground around feeders or when hikers toss apple cores and other uneaten items.  The saying "A fed coyote is a dead coyote" comes from the fact that coyotes lose their fear of humans and even become aggressive when they are being fed by people.  At that point, the coyote can become a problem animal and animal control has no option except to put it down.

Luckily the Presidio Trust has had a coyote management plan since 2004.  Just in the nick of time.  Coyotes, which are native to San Francisco, were gone for almost a century. There a few sightings in 2002, and two years later, Golden Gate Bridge officials viewed video of a coyote dashing across the span from Marin County in the dead of night.  Now it is estimated we have between 25 and 50 coyotes around the city at one time.  Those might go in search of new territories and spread out, but new pups will be born in the old territories.  In other words, they are back to stay, and Ciwt will probably encounter many more of them in her Presidio walks.