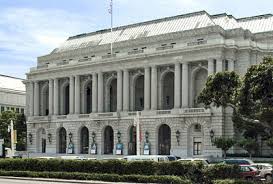 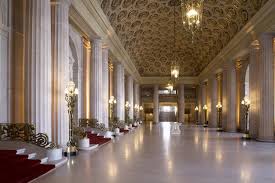 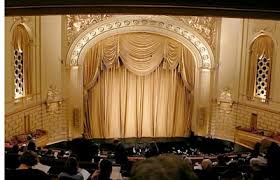 Ciwt treated herself to a tour of the San Francisco Opera House this afternoon.  What an incredibly complex operation they have going on there!  Just the wig department is jaw dropping in all its aspects: acquiring the needed hair (Asian for straight, European for wavy, some animal (goat? ___? help Ciwt can't remember) for blond and grey), styling it, attaching netting, taking patterns of each person's head, making up the entire finished wig accordingly, tagging it, placing it on the head, removing it, cleaning, repairing, storing.  Just this area of the opera is so exacting, requires so many talented, dedicated professionals.  Then there is the building maintenance itself, the sets (OMG Sooo complex), lighting, the many aspects of the music, the costumes, on and on and on it goes. Ciwt will never again be surprised by the cost of opera tickets.  It is truly a wonder that such a lavish spectacle could endure - unsupported by public funds - in the few worldwide venues where it exists, with San Francisco Opera House being the third largest seating in the world.