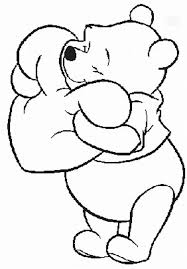 Ciwt's new pillow has arrived - from Exceptional Sheets.com through Amazon.

Her neck had been feeling stiff and she began to think it was her pillow.  It took a while because Ciwt is pretty confused by pillows ever since they apparently stopped making the really wonderful soft completely squishy ones she grew up with.  On her quest for such a pillow and wanting to support her 'hood, she stepped into a local Duxiana and described what she had in mind.  They knew exactly, took her right over to it, and told her to lie down, take her time and try it.

But by then Ciwt had seen the price tag: $542!!  She left the store as gracefully as possible with them practically following her out onto the street.  Then went home to her computer and found Exceptional Sheets For almost $500 less.

Tonight will be the test.  The pillow is returnable. But it was well-reviewed, came with a big, personally signed thank you letter, and the company is 'American Veteran-owned and operated,' - so Ciwt will probably gracefully keep it even if her neck continues to be stiff.
Posted by Ciwt at 6:42 PM