Walk: No, Day of Rest and Reading 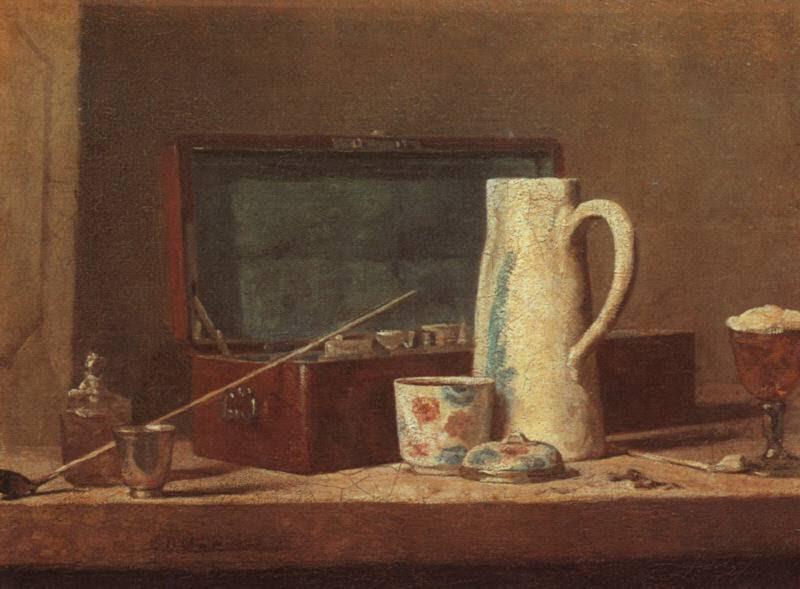 This is the first painting Henri Matisse ever copied at the Louvre.* He came back to it again and again because he simply could not achieve the blue of the fabric lining.  It looked pink to him one day, green another.  He tried everything he could including using a magnifying glass to study the texture of the paint, the grain of the canvas, the glazes, the objects themselves. But still the blue eluded him.  It was the only copy he ever had to abandon reportedly saying "It is a truly magical painting."

This would have been @ 1895 at which point Matisse was painting 'traditionally' making much use of greys, blacks and somber earth tones.  Ciwt is fascinated to think this single painting may have begun to awaken in Matisse his supreme love for and deep emotional and imaginative pursuit of color.

*Rigorously copying works of the masters is a traditional and fundamental learning method for artists.