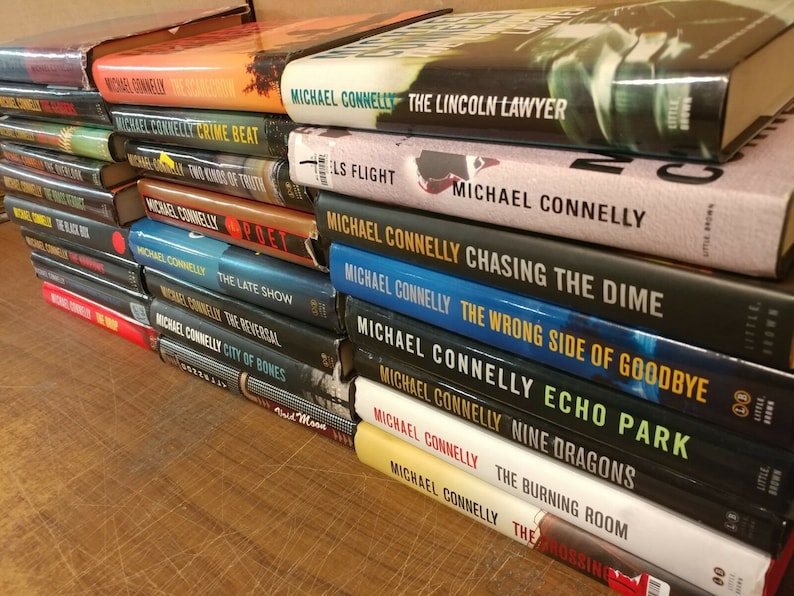 So, Ciwt is thinking our new President might consider Michael Connelly for his Justice Department appointment.  Not really of course.  But Connelly probably knows as much about criminal justice as anyone - and has done more than his fair share keeping Ciwt absorbed and entertained - as well as informed - throughout our Covid shutdown.  She's read quite a few of his books, and each one is exceedingly well researched and filled with interesting, accurate procedural information, complex characters and compelling action.

Connelly's  fascination with the crime beat may have begun as a Florida teenager when he witnessed a man running and dropping something into the hedges. Connelly went over to them, pulled back the branches and found a gun wrapped in a shirt - the first time he'd held a gun - and, later dealt (disappointingly)* with the police.  But Connelly's the real start came when he discovered Raymond Chandler's books in college and decided to become a writer himself.  As he tells it, “I read all of Chandler’s novels in two weeks, and it really turned my head. That’s when I started saying I don’t want to just read this stuff. I want to write it. It wasn’t a decision to become a writer. I wanted to become a writer of crime fiction. I was very specific.” So the always thoroughly prepared Connelly, switched his major from Engineering to Journalism with a minor in Creative Writing.

After college he worked at several prestigious Florida papers specializing in the crime beat.  Six years after graduating, Connelly had already been short-listed for a Pulitzer Prize when he was hired by the Los Angeles Times and elevated to the top level of journalism. And five years into his stint there, his book series history began with the publication of The Black Echo which won the Edgar Award for Best First Novel, and introduced his anti-hero detective, Hieronymus Bosch.

By the mid 90's Connelly felt confident enough in his prospects to leave journalism and write his own books full time.  Since then, well ... he has published 36 books and counting, sold 80 million of them so far and seen several of those go onto the big screen, created and hosted the podcast Murder Book, been executive producer of the Amazon series Bosch and more.  But Connolly never left his reporter's demands behind.  Every book is exactingly researched before he even begins writing and checked again and again for accuracy throughout the process from page to publication.

Come to think of it, what would Ciwt and millions of other Connelly readers do for compelling reading if he was stuck in the Justice Department?!

*The man turned out to be a robber and Connelly had seen him.  So as a fascinated but fearful teen, he worked the lineup with the police.  The man the cops identified wasn't the right one, but Connelly couldn't convince them they had the wrong guy.  As he tells it, "They thought I was this white kid from the suburbs...I was telling the truth.  But I was found guilty by those cops and it really bothered me."  Many years later, reportedly, it still does.