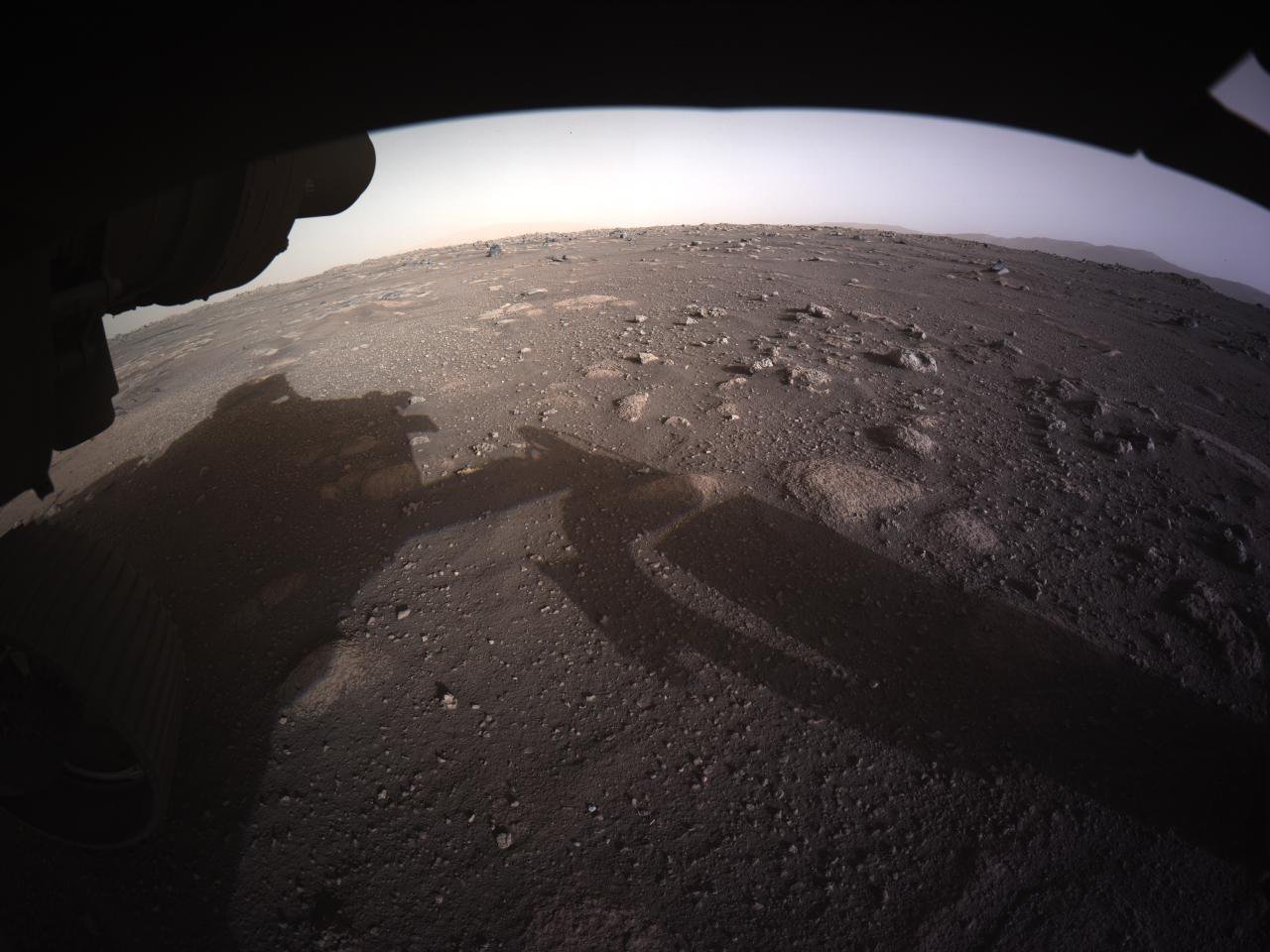 
Yes, Virginia, there really is rocket science.  Ciwt is one of a multitude who are over the moon about the U.S. landing on Mars.  Of course she couldn't possibly explain the mission, but NASA's Jet Propulsion Laboratory at CIT certainly can.  Here's directly from their website.  And congratulations, NASA!
This is the first high-resolution, color image to be sent back by the Hazard Cameras (Hazcams) on the underside of NASA's Perseverance Mars rover after its landing on Feb. 18, 2021.

A key objective for Perseverance's mission on Mars is astrobiology, including the search for signs of ancient microbial life. The rover will characterize the planet's geology and past climate, pave the way for human exploration of the Red Planet, and be the first mission to collect and cache Martian rock and regolith (broken rock and dust).

Subsequent NASA missions, in cooperation with ESA (the European Space Agency), would send spacecraft to Mars to collect these cached samples from the surface and return them to Earth for in-depth analysis.

The Mars 2020 mission is part of a larger program that includes missions to the Moon as a way to prepare for human exploration of the Red Planet. JPL, which is managed for NASA by Caltech in Pasadena, California, built and manages operations of the Perseverance and Curiosity rovers.

For more information about the mission, go to https://mars.nasa.gov/mars2020/.