So in her adjustment to her new home Ciwt has been avoiding the park literally next door.  Bah, humbug she was thinking, it just won't do the trick for her.  Won't have any birds or feel like real nature.

But finally she deigned to step into the 'unreal' park where she was immediately serenaded with loud squawking.  She looked up to see flocks of brightly colored parrots frolicking through the sky.  Probably descendants of the parrots who once lived only on Telegraph Hill and starred in their own 2004 documentary - for which they received a Tomatometer rating of 95!

Turns out some of the wild South American birds are still in their gathering spot on Telegraph and others have established small flocks throughout the city.  Including Ciwt's 'unnatural' park!

And just as Ciwt was taking in this new sense of her park, a huge red tailed hawk flew on to high branch of a gorgeous, old and tall tree - maybe an elm. 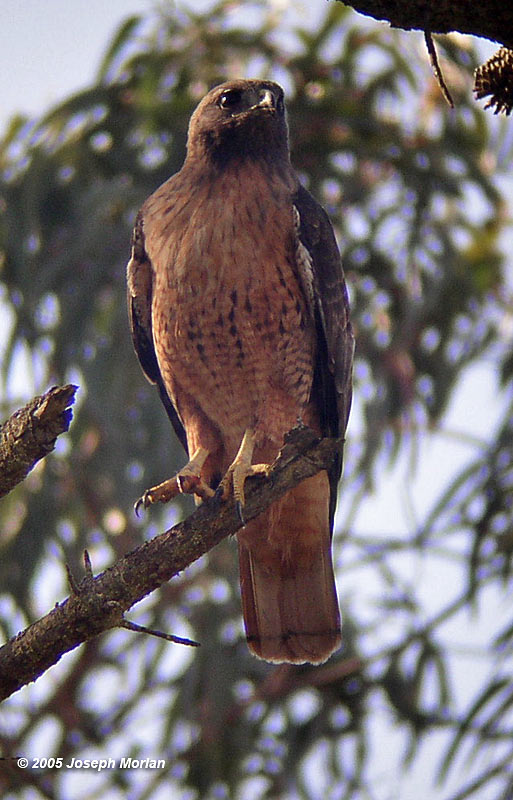 This was just the beginning.  On her short visit, Ciwt saw any number of species and began thinking she should bring her binoculars next time and begin some serious birdwatching.  When she left the 'unreal' park and went 1/2 a block to her new home, she read on line that she was way late to the bird watching idea. According to eBird her park is an urban birding hotspot - with woodpeckers, orioles, jays, robins, hummingbirds, hawks, parakeets and several other species.  And don't even ask about the abundant types of plants and trees - which of course attract many types of butterflys.

Sometimes it's just great to be completely wrong!