The first was from Forbes.com about Really, Successful, REALLY BUSY People.  Here's a small quote:

But according to author Laura Vanderkam, author of the e-book, “What The Most Successful People Do Before Breakfast,” there’s hope for us yet. Vanderkam, who became fascinated by time management while penning her last book, “168 Hours,” says that in the course of researching dozens of people on how they spend their precious minutes, the most successful people were those who devoted chunks of time in the morning to things (or people) that they loved. From Ursula Burns to Anna Wintour to Al Sharpton, a common thread of successful people is their commitment to early morning activities.

Move up http://i.forbesimg.com tMove down
“These are busy people, productive people,” she says. “But mostly they are people who had figured out that if you wanted something to happen, it was important to have it happen first thing.” Not all of them would call themselves morning people, either, but they knew that the hours before their phones started ringing and the emails came pouring in were the few hours of each day over which they had complete control. And with that in mind, they set about creating new habits.

The second was on NY Times.com by Tim Kreider entitled 'The Busy Trap' (published in a section called 'Anxiety).  Here's a couple of quotes from it.

If you live in America in the 21st century you’ve probably had to listen to a lot of people tell you how busy they are. It’s become the default response when you ask anyone how they’re doing: “Busy!” “So busy.” “Crazy busy.” It is, pretty obviously, a boast disguised as a complaint. And the stock response is a kind of congratulation: “That’s a good problem to have,” or “Better than the opposite.”

It’s not as if any of us wants to live like this; it’s something we collectively force one another to do.  (side bar)

Notice it isn’t generally people pulling back-to-back shifts in the I.C.U. or commuting by bus to three minimum-wage jobs who tell you how busy they are; what those people are is not busy but tired. Exhausted. Dead on their feet. It’s almost always people whose lamented busyness is purely self-imposed: work and obligations they’ve taken on voluntarily, classes and activities they’ve “encouraged” their kids to participate in. They’re busy because of their own ambition or drive or anxiety, because they’re addicted to busyness and dread what they might have to face in its absence.

...Idleness is not just a vacation, an indulgence or a vice; it is as indispensable to the brain as vitamin D is to the body, and deprived of it we suffer a mental affliction as disfiguring as rickets. The space and quiet that idleness provides is a necessary condition for standing back from life and seeing it whole, for making unexpected connections and waiting for the wild summer lightning strikes of inspiration — it is, paradoxically, necessary to getting any work done. “Idle dreaming is often of the essence of what we do,” wrote Thomas Pynchon in his essay on sloth. Archimedes’ “Eureka” in the bath, Newton’s apple, Jekyll & Hyde and the benzene ring: history is full of stories of inspirations that come in idle moments and dreams. It almost makes you wonder whether loafers, goldbricks and no-.accounts aren’t responsible for more of the world’s great ideas, inventions and masterpieces than the hardworking..

Personally, I resonate with that last paragraph by Kreider.  Instead of teaching ourselves (read: Forcing Ourselves) to be morning (read Busy) people, I'm personally inclined toward encouraging people who are not inclined to by Busy to listen to their inner voices about why.  Maybe they would truly prefer to be less busy, to have more 'idle' time - more space and quiet for inspiration or just for being themselves.  This of course could be - and has been - the subject of extensive writing, so I will leave it here for today. 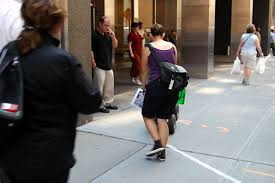