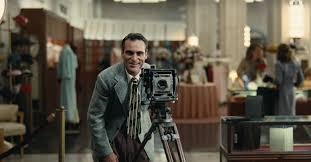 That's me about to be shot by Joaquin Phoenix's candid camera.  It's not often that I feel quite bamboozled by a movie - particularly a movie with such supreme stars and acting.  But there you go. Before going to Rotten Tomatoes to get some input from the critics, I'll venture some guesses. It could be a portrait of insanity and the way that the insane attract others who are on or over the edge.  It could be a study of cultishness - all cults from sinology to mormonism to you name it.  Or it could be about all of humanity - our collective insanity and vulnerability to magical thinking and all organized explanations of our condition (social, political, religious).  Probably some private poetic admixture of all of the above and more ultimately known only to the writer/director.  (Paul Thomas Anderson who directed Ther Will Be Blood and seems to find more depth in powerful madmen than this viewer). Without the acting The Master would be pure shambles, but the acting holds you, and challenges you to try to make sense of what these actors are doing such a fine job of portraying.  Wonder what they thought as they played their parts; whether they questioned the storyline. 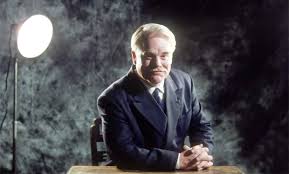