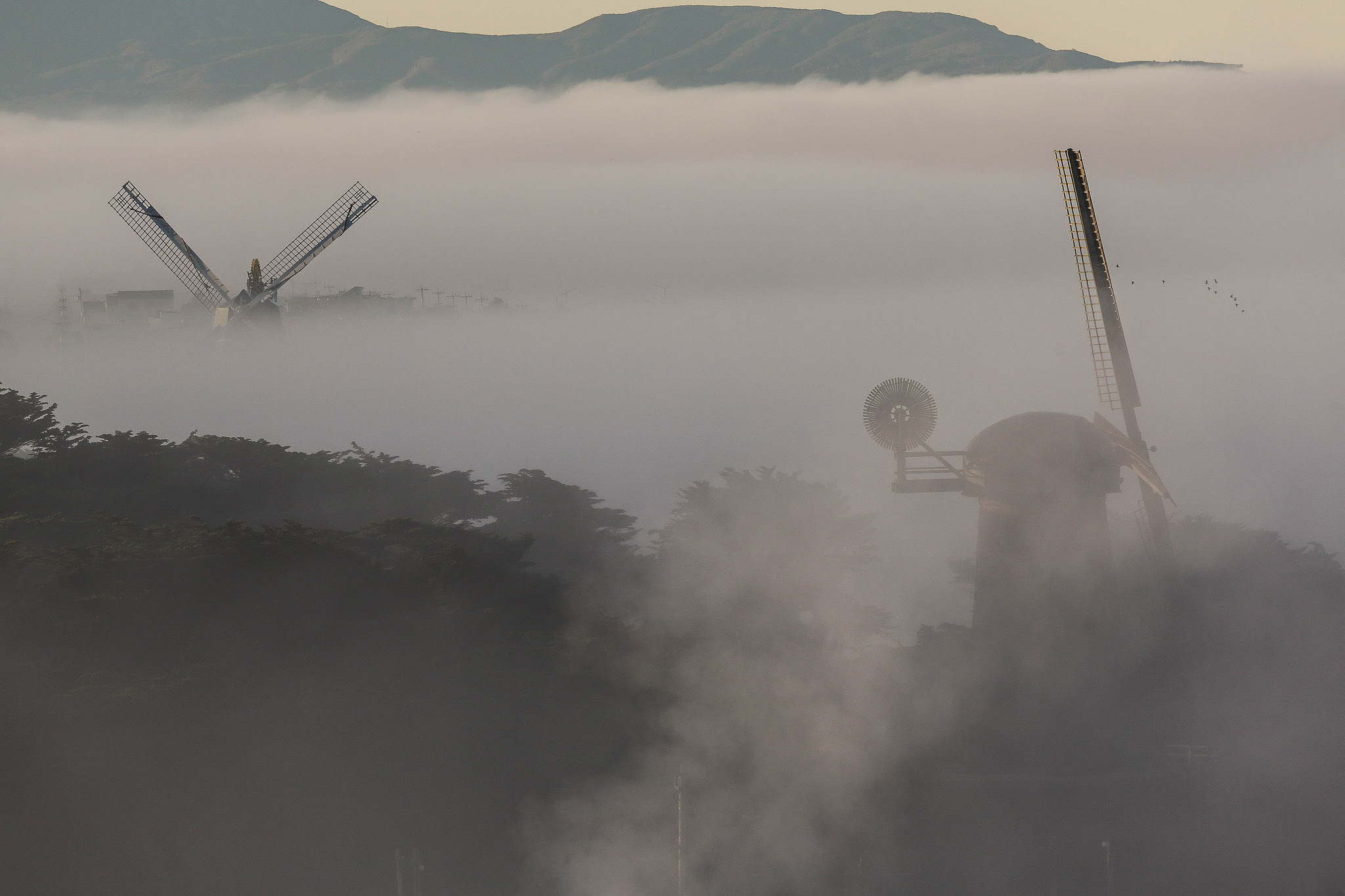 There are two functioning windmills on the western edge of Golden Gate Park: the northern Dutch Windmill (completed 1903) and the southern Murphy Windmill (completed 1908). While both are now restored Designated Landmarks visited by locals and tourists, they were built for a necessary utilitarian purpose: irrigation.

In the 1870's and 80's, all the trees in Golden Gate Park were planted on barren sand dunes and required substantial irrigation.  Initially the only recourse for the necessary water was purchasing it at exorbitant costs from the Spring Valley Water Company.  But in 1902 the Park Commission authorized construction of two windmills to pump groundwater throughout the park. Until they were replaced by electric water pumps in 1913, it is thanks to these two structures with occasional assistance from San Francisco's seasonal rains and fog that we have the magnificent greenery of Golden Gate Park.