Our yoga teacher brought his handsome miniature long-haired dachshund to the studio today which put Ciwt in mind of a few dogs she'd recently seen in the Intimate Impressionism show. 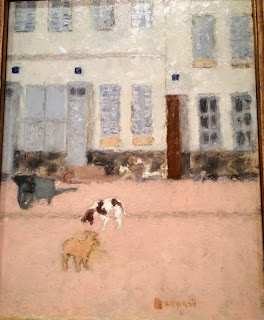 In his later years Camille Corot (Fr. 1796-1875) was frequently confined to his Paris studio due to illness.  In this portrait of his studio - which is also a visual summary of his artistic career - we see the dog that provided him with company. 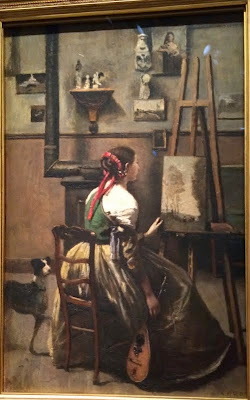 Edouard Manet (Fr. 1832-1883), capturing the distinct spirits and personalities of two dogs in the show, was clearly a friend of dogs. 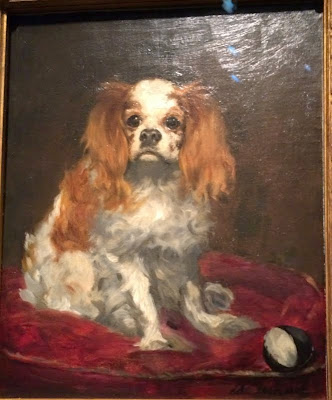 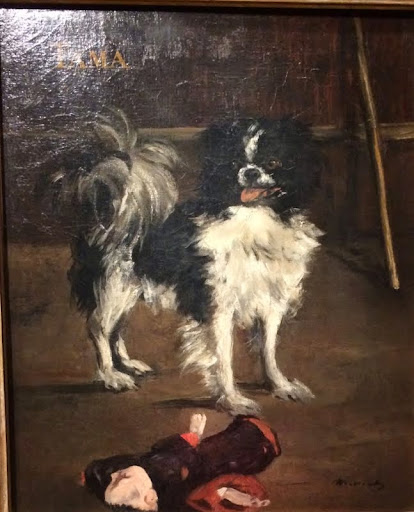 Tama was brought back from Asia by Henri Cernuschi who traveled throughout East Asia for three years.  The Asian art collection he accumulated during this tour was so extensive he used it to found the Musee Cernushchi in Paris.  He also had his beloved Tama painted numerous times, but Ciwt doesn't think anyone could have captured Tama's self-assured vitality better than Manet. For instance, compare his Tara with one of Renoir's: