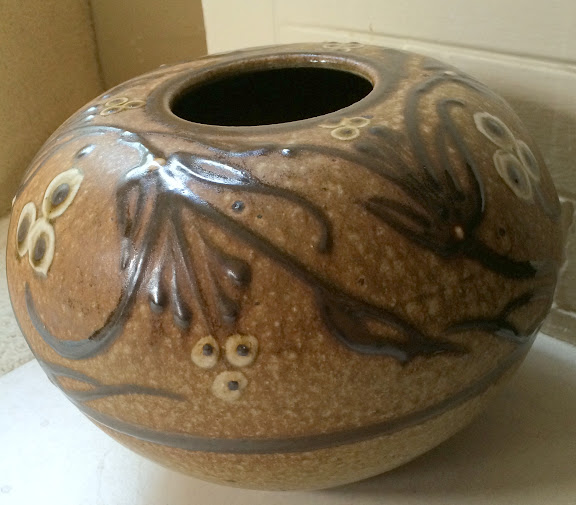 Turns out Alex Matisse may have inherited his famous great-grandfather, Henri's, artistic sense, creative drive and work ethic. Or maybe he picked up some art ideas from his step-grandfather, Marcel Duchamps, or his true grandfather, art dealer, Pierre Matisse. or his parents, both successful artists. Or he just came by his artistic gifts on his own.

With such a lineage, really the aristocracy of the art world, Ciwt feels Alex certainly must have great courage.  Much would be expected if he too became an artist, the burden would be intense she surmises.  But with Henri's life-long rigor, Alex indeed determined to be an artist and took himself to North Carolina where he apprenticed himself for years first to Matt Jones, then to British-born potter Mark Hewitt*. (Hewitt is no stranger to pressure-to-succeed himself being the son and grandson of former directors of Spode, the English fine china manufacturers).

Both his master potters were well-known, and Alex could have built a craftsman career continuing on in one of their potteries or others in North Caroline where the tradition is strong and proud. But, instead, he went further out on a personal limb, establishing his own pottery, East Fork Pottery, in 2010.

Ciwt recently acquired, Urchin, one of Alex's truly gorgeous pieces. When it arrived it was larger than she had anticipated (even though she had the measurements - duh...) so there was no place for it on her mantle as she'd planned.  She wandered around, setting it down in various rooms anywhere from the floor to high atop a bookcase.  Then, it occurred to her, of course!, and it worked. Alex's Urchin sits beside the definitive book and catalog of Henri Matisse's work - and it makes Ciwt's heart go pit-a-pat to see the two together*. 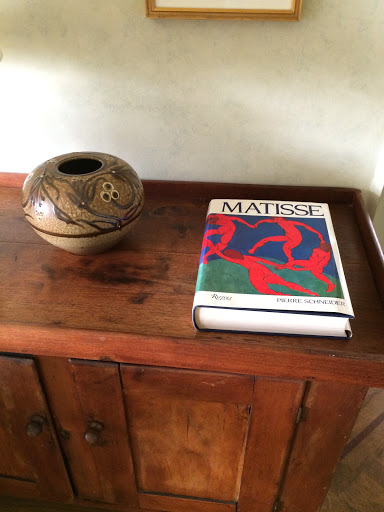 *Judging from a quote from Alex Ciwt found a while ago, she believes her happy heart is exactly what would please him. “I make pots half for myself and half for the people who will buy them. I want my work to connect with someone on a level that is beyond reason. I am in search of beauty and that one simple goal should keep me busy for some time to come.”