Sicario is a movie that works even better the second time.  At least it did for Ciwt.  She knew where it was going so she could observe the details.  And she could stop wishing for more back story on the main characters because the movie is ultimately about the random alliances forged by circumstance.

Mostly she could savor the starkly expansive cinematography that tells so much of Sicario's story. The famed and impressive English cinematographer Roger Deakins* looks squarely at the drug running environment at our US-Mexican border and shoots everything wide and clear - every detail of the impersonal interiors, every particle of falling dust, every pock mark on the gnarled, naked landscape, every expression on the actors' faces.  (That last is important because Sicario is not a movie about talking).  In simple, stylish realism Deakins clarifies everything the viewer wants to see as well all the grisly, downer things she needs to see but would rather not.

Very good acting and score.  If you liked No Country for Old Men, respected the documentary Cartel Land or have any interest in the realities of that supposedly effective border fence we keep hearing about, Ciwt recommends Sicario - twice. 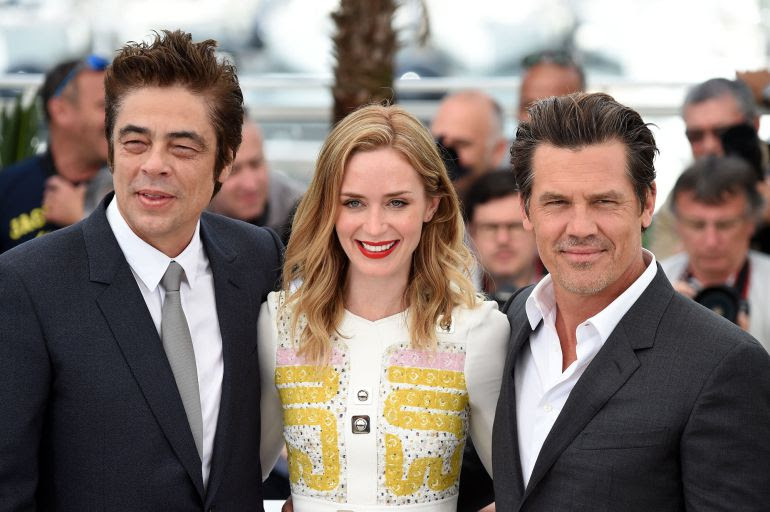 Benicio del Toro, Emily Blunt, Josh Brolin, the three excellent leads of Sicario (in Cannes and not in the least how they looked in the movie)