Thanks Bloomberg Business for much of the following:

In 1998, Doyle, the Upper East Side auction house best known for its genteel sales of silver and antique furniture, held an auction devoted solely to Man's Best Friend. It was a success, and for more than a decade the Dogs in Art sale became a yearly tradition. 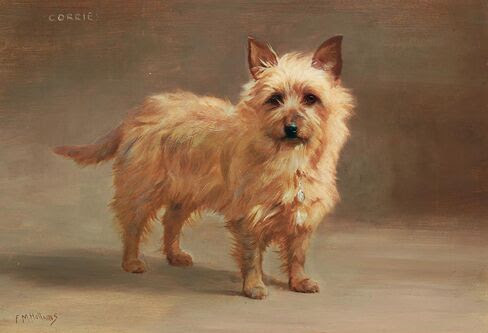 The last sale took place in 2009 and included sporting art and wildlife art. Consignors and collectors, however, wouldn't let the Dogs in Art sale expire without a fight.
"We always received so many inquiries," said Ariel Gold, a specialist in Doyle's paintings department. "Given that level of interest, we decided to create a new sale." Like a dachshund-shaped phoenix rising from the ashes, the Doyle Dogs in Art Auction was reborn. 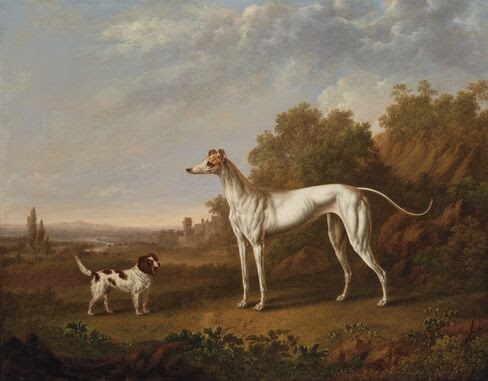 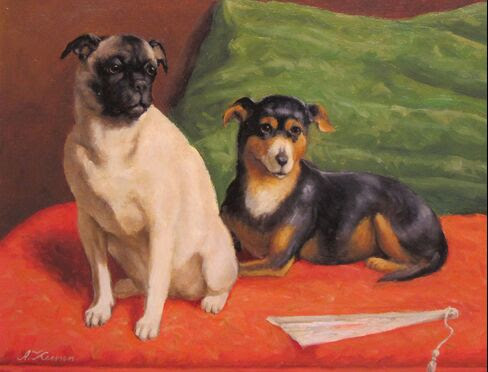 Up to No Good by Anton Karssen

Yesterday's auction included 40 dog-themed  paintings including some by Belgian artist Thierry Poncelet, which seem to exist in a world of their own. "He began his career as a restorer, and one day he was bored in the studio and decided he wanted to spruce up some Old Master paintings," explained  Gold. "So he painted the face of a dog on the head of an Old Master's figure, and then it became a new career for him." 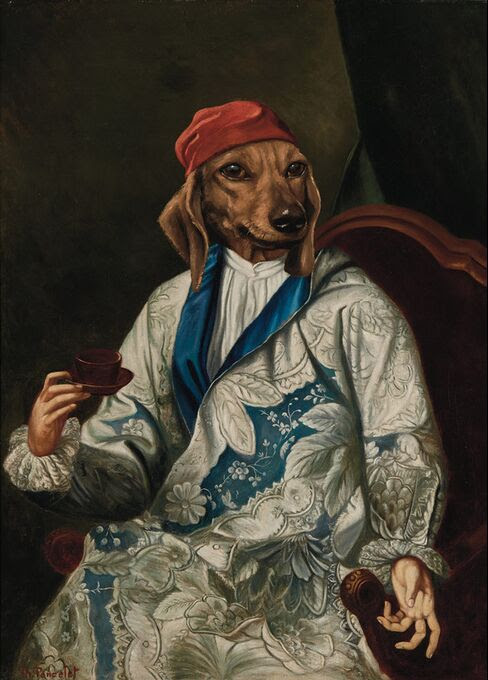 (Chevalier de Saint-Denis by Thierry Poncelet, Estimate: $1,500—$2,500)
For some reason, German Shepherds are the most challenging to sell.  (Ciwt thinks maybe because they aren't an English breed.  The English are historically notorious for loving their animals more than people.  Ciwt is English; hmmmm?)