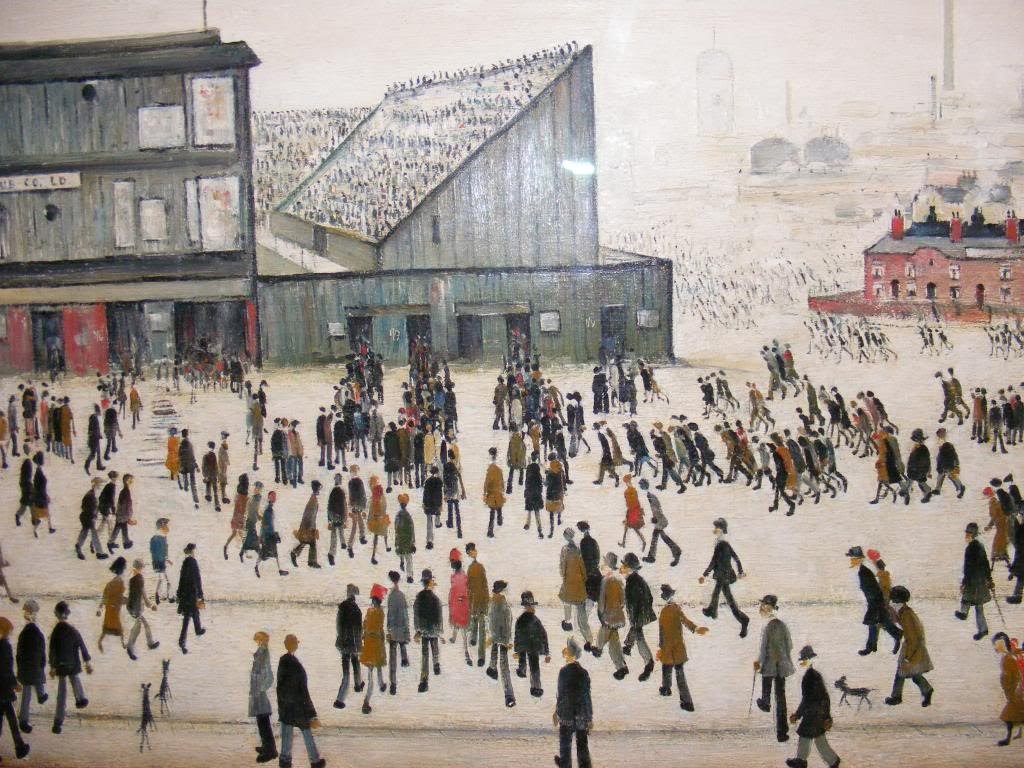 So, what say you about today's (and yesterday's artist)?  The opinion in England, where LS Lowry resided in the North is decidedly mixed.  The Tate - which owns 23 Lowrys but doesn't exhibit them - more or less held their educated noses when they gave Lowry an exhibition in 2014.  Partly, though not admittedly, they were pressured by none other than Sir Ian McKellen who accused the museum of metropolitan snobbery and demanded that it sell its Lowrys to another institution if it was not going to let the public see them. (At approximately the same time, the late Brian Sewell, England's famous and acerbic art critic and media personality dubbed Lowry "inept, tedious, repetitive, lacklustre, stuck in a rut).

Be the scholars and the critics as they may, Lowry's art has throngs of devotees.  For one thing, many British men, women and children grew up with his prints in their homes and places of work and are deeply attached to his work. When the Tate did give that show (for which they brought in curators - one American -  who didn't know Lowry's work or even specialize in British art), the galleries were packed and lines of people waiting to get in extended for blocks.

Ciwt sees heartfeltness and  a certain melancholy humanity in Lowry's work.  He appears to care deeply for every dog and  each stick figure he draws and dresses.  So, she would probably have been standing in that Tate line. But would she want to own one of his paintings?  No.  And this answer puts her at odds with the present owner of yesterday's work (Fun Fair at Daisy Nook) who purchased it at a 2011 Christie's auction for - $5,360,370.

Today's painting sold in 1999 for the then record price @$4,000,000 and is arguably the most famous football painting (in England).  It was Lowry's entry into a football art competition in honour of the 1953 coronation of Queen Elizabeth II and won first prize. Its buyer at Sotheby's was perfect: The Professional Footballers' Association, and it hangs at the National Football Museum in Manchester.

A reclusive man, Lowry loved attending football matches.  Even though our game is quite different, maybe he watched some of our - as of today -50 Super Bowl matches on his telly.  Like Ciwt will in a little while.  Ta Ta...