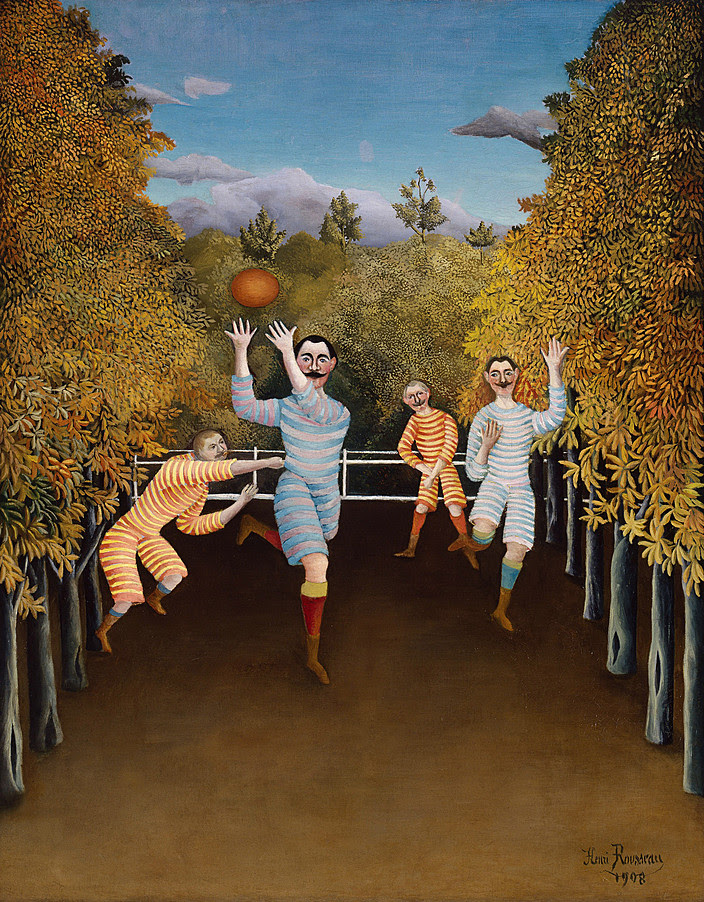 Were you as surprised as Ciwt that this painting is by Henri Rousseau, usually associated with jungle and exotic themes?  (Sleeping Gypsy, 1897)   (The Dream, 1910)? She bets most of the throngs who are in San Francisco ahead of this Sunday's Super Bowl would be more than surprised to see the image of these nattily (?) dressed French enthusiasts cavorting around with a football. Horrified, outraged is probably more like it.
Posted by Ciwt at 5:47 PM