Finally...the good news about Ciwt's unfunny 2nd day in Paris.  You know, the one where the iconic of all iconic paintings wasn't at the art show she traveled abroad to see.  Ciwt had read about a special film about the painting (at the time wondering why they were having it and the painting).  When the film was the only access to the painting, she went rather pessimistically into the room where it was showing.  Well!!  It was a large room with enormous walls acting as screens for the painting, it's companion Music  and video re-enactments of aspects of the painting, the collection, the relationship between Matisse and Count Schchukin, the art/historical situation in Russia at the time the collection was being assembled, and other engaging and informative aspects of the Icons show.  To Ciwt's visual memory, the colors of both paintings were absolutely true, and the even larger size was stunning. Without being pollyanna, Ciwt can say that she had a deeper (although different) encounter with the painting than if she had simply looked at it.  She also appreciated the hush in the room; all the viewers as respectful as Ciwt herself - which can actually be said of the whole show.

The second piece of good news was that the Matisses that were there were spectacular.  She is of the opinion that at least 70% of the Best Matisse paintings before his last period, the Cutouts, are in Russia - originally in the Schchukin collection.  And there they were! 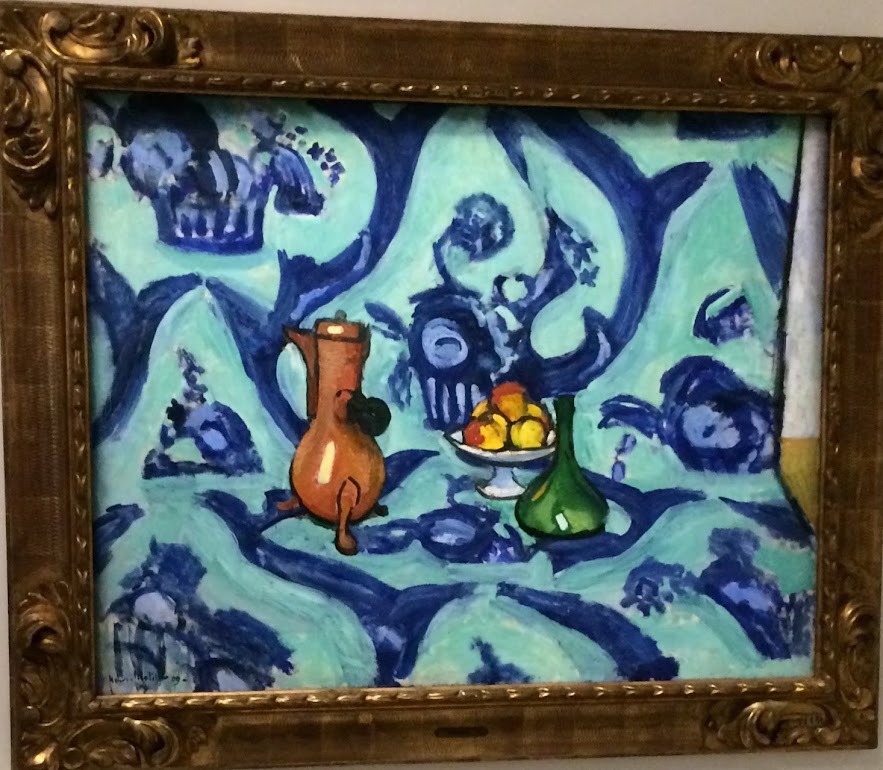 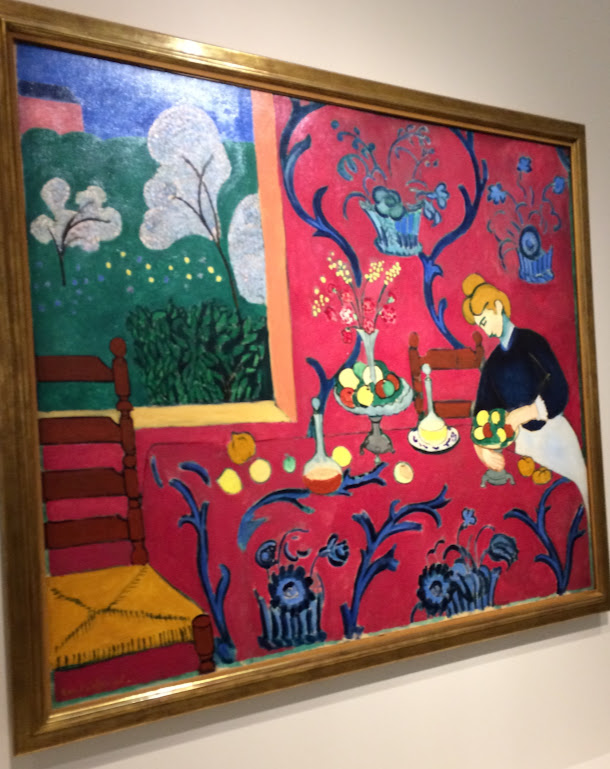 One after another, joyous Rooms of them!

The third piece of good news is that The Painting hangs in St. Petersburg in the Hermitage permanant c ollection. So, if you ever hear of Ciwt going to St. Petersburg, you know what she's up to.  Let hope though she goes on a day when the painting is there (not out for restoration or something) and maybe she's with someone with a Great sense of humor!
Posted by Ciwt at 6:19 PM