With the reconfiguration of the roads making old walking routes inaccessible or 3 times as long plus the rain, Ciwt hasn't been spending enough time in her favorite (and most beautiful) parts of the city. Today, she made up for some lost time.

First at the famed Palace of Fine Arts, left over (and restored!) from the 1915 International Exposition.

She was actually inside where they have a large, nice theater watching the children's play, Aladdin, (about an important palace) to support a member of her new club.

Then on to the nearby Presidio and opening of its new (palatial) Visitor's Center.  Ciwt thought she'd be doing them sort of a favor by showing up since 'nobody' would be there.  Well... 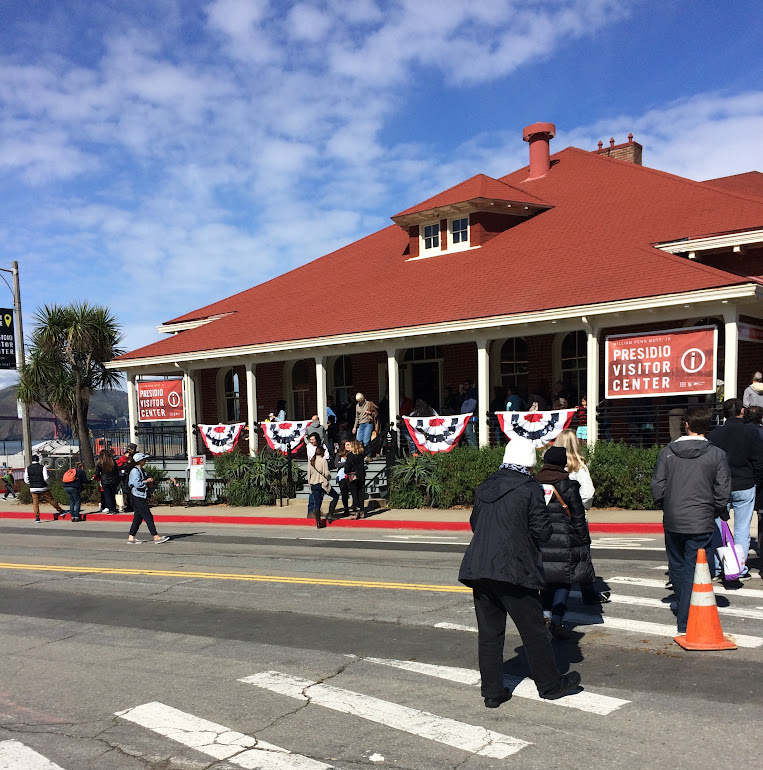 (Line of people waiting to get in)

Brief time in part of a City Guides Presidio History Tour and then it was on to today's final Palace, the Legion of Honor, for the opening day of the Monet, The Early Years Show.  Ciwt was sure this would be a mob scene.  Well,....

Wrong again.
(Actually, not a fair picture.  There was a good - and respectful - turn out and this photo was just a few minutes before closing.  Nice show.  Large paintings so good (enough) viewing even when crowded. Ciwt thinks; we shall see as the show goes on.  Monet is a Total crowd pleaser and the museum is geared up for throngs).
Posted by Ciwt at 6:43 PM