Walk: No.  Was going walk downtown to ACT's "A Night With Janis Joplin," but decided no and took in a few of Joplin's real concerts on You Tube instead..  Maybe a future CIWT on that.
Distance: Home Yoga

Remember the limp dilapidated Ciwt found on the sidewalk and just randomly stuck in the dirt of one of her flower boxes?  (The most exposed to the elements one, at that).  Just to see if it could possibly survive?  Ciwt was highly doubtful. 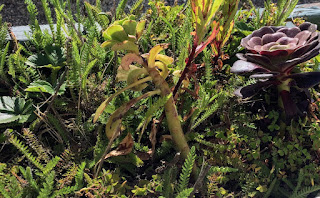 Well, what does Ciwt know?  Today, less than a month later, here it is: maybe 5" taller 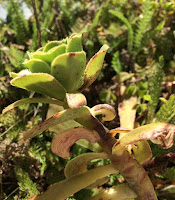 And with a whole new flower growing. She thinks its name might be Echeveria Green Prince.