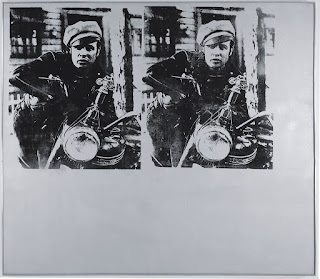 So, today Ciwt's art tour clients were a grandmother with her two, twin about-to-go-to college grandsons.  When we all arrived at the galleries in which the above work was hung, the grandmother asked her grandsons "Who do you think that is?"  Both boys/young men were completely mystified. Had no idea. 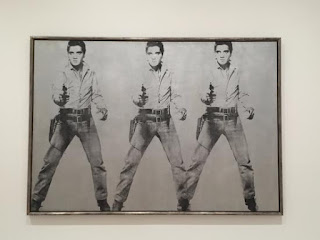 Grandmother and Ciwt were both stunned.  When she then asked who they thought was portrayed in this painting, Ciwt held her breath.  One grandson was silent, the other shuffled around a bit and finally (hesitantly) said/asked, "Elvis?"  When we told him "Right," he was visibly relieved and told us "I was so afraid of being wrong."