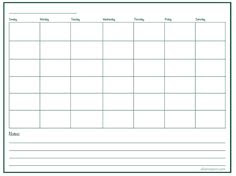 She was beginning to tell you about her Truth and Beauty tour which began an hour late but ended up being with a delightful client.  He was smart as a whip, kind and sensible.  For instance, when we got to paintings such as John Millais' Mariana

which is about 1. the Virgin Mary, 2. Shakespeare's Measure for Measure and 3. some poem by Tennyson, Ciwt could ask if he'd read the book, play or poem.  If he hadn't, he was perfectly content to discuss a few details in the painting and, she assumes, just as happy as Ciwt not to go into a lengthy recounting of the story
along with pointers on how the details of the painting illustrated it.  Ie, he wasn't a nitpicker.

Better yet he was quietly seeing the Pre-Raphaelite art the way Ciwt does.  Ie, Very beautifully executed but basically with the holding power of book illustrations.  She didn't learn this until the end when Ciwt pointed out that after the PRB and largely because of artistic doors they opened (especially Burne-Jones and the amazing William Morris) , the Arts and Crafts movement began in Britain and spread internationally.

"Oh'" he said, "that's why I've been getting to know these artists!  Thank you!"  In other words, he'd likely been thinking but not saying - even as Ciwt did her best to give a positive presentation - "Nice but So What?"  Then after this tacit acknowledgement we'd been the same page all along, he invited Ciwt for coffee and we had an interesting conversation about his wife and children, the boards he sits on, the art work he is just beginning to focus on, Washington, DC where we both lived back in the day, etc.

And to top it off, when Ciwt came home she had two messages from him on her home phone about being stuck in traffic and possibly being as much as an hour late.  Did she mention he is about Ciwt's age and probably just about as techie? Who slipped up about the difference in her home and cell numbers is anyone's guess.  Anyway, all was forgiven, and now Ciwt is looking forward to no art tours (for a while) and a terrific trip to Nooo York.