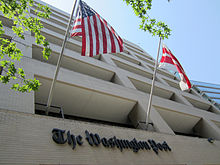 Ciwt doesn't want CIWT to be political, but she does want it to acknowledge good writing when she sees it.  And recently she has seen it twice in the Washington Post.  Each of the following articles simply and comprehensibly lays out what is without bombast or any attempt to stir controversy.

In the first article, the Post's Art and Architecture critic, Steve Kennicott, finally exposes the elephant that has been in the art world living room for over a decade.  Ie, the 'perfect storm' of 1. tax law changes that favor private museums and therefore have directed needed philantrophy away from museums; 2. the resulting financial plight of established museums and their pressure to attract blockbuster crowds; 3. the enormous population growth and 4. the availability of media of all sorts that can reach those crowds.

In the second article, Scott Wilson creates a true picture of how our 'homelessness' situation is playing out in San Francisco.  "Homeless," at least to Ciwt, vaguely suggests a group of people who are ready, willing and able to have a nice home if only they could just find one.  No, for the most if not total part, our homeless are people who are mentally ill, drug addicted, in need of drastic care. And those are the sympathetic ones. They can also be unsanitary, thuggish, criminal and righfully scary.  In all her years living in New York, Washington, DC and San Francisco Ciwt has never been afraid of walking around her city.  Partly that was because she (and everyone) could identify the dangerous neighborhoods - like the old Upper Central Park at night- and avoid them.  But now things have changed and she knows fear.  Old safe blocks have become encampments, and she can even lead you to some places homeless are making their homes in the Presidio.

Anyway, read if you wish, and Kudos to the Washington Post writers for some excellent reporting.

Here are the links again:
https://www.washingtonpost.com/entertainment/museums/this-new-museum-doesnt-want-instagram-or-crowds-does-that-make-it-elitist/2018/08/30/eaf0028a-aa2b-11e8-8a0c-70b618c98d3c_story.html