So one reason Ciwt doesn't get on airplanes very often is the abundance of attractions right here in her very own city.  Today on one of her favorite walks up and over the hill from Fort Mason to Ghiradelli Square 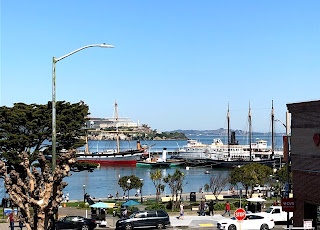 she realized she had never gone to the San Francisco Maritime Museum on the water there.  So in she went in and found an array of quite good crafts created by sailors 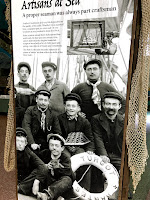 Turns out many sailors - on board and on land - adapted their maritime skills (ropes, rigging, sighting, ivory, music, etc) to making folk art, fancywork, early photographs, paintings and other art forms.

Ciwt's favorities, no matter who makes them and where she sees them, are always the detailed miniture models of ships, or, as many a salt has called them, homes. 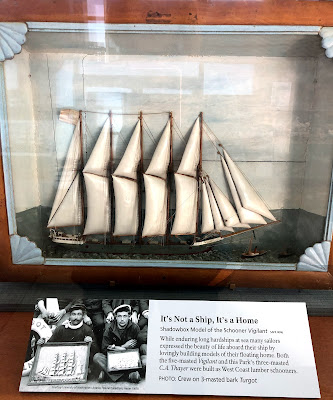