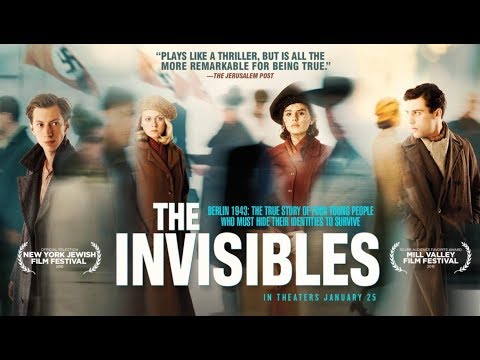 No particular Ciwt comment on The Invisibles, today's Cinema Club docudrama about 4 young (at the time) German Jews who hid in plain site in Berlin during WWII and survived.  Such a story is riveting, multi-faceted, intense on the face of it.  But The Invisibles, moving from actors to the actual people in their old age and then back all with subtitles was a bit too baffling for Ciwt's little mind and took her away from the importance and depth of the stories being told.  When asked for a show of hands of other audience members who also got lost, Ciwt was interested that over 60% of the assembled movie buffs raised theirs.  Probably good to go and see for yourself; Ciwt gives it a C+.
Posted by Ciwt at 5:50 PM