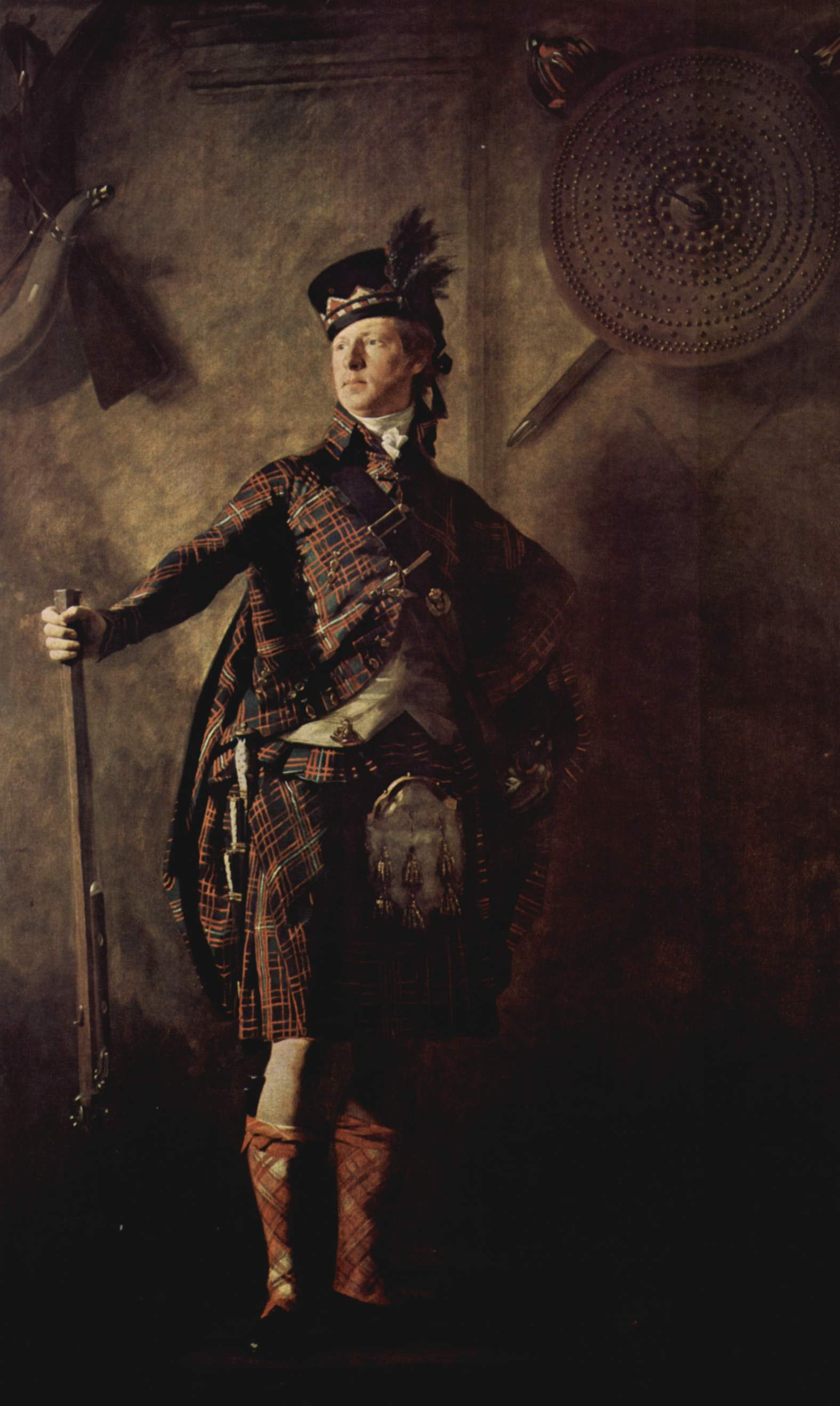 Remember Henry Raeburn's portrait of  Colonel Alastair Mac Donnell of Glengary from CIWT 4/40? Ciwt was interested to see another Raeburn portrait at the de Young show of treasures from the Scottish National Galleries.

There are many Raeburn poraits as he was both popular and prolific, but what intrigued Ciwt was the difference in outfits  between Sinclair and Mac Donnell.  Both are full length, hand on hip and in full tartan, but Mac Donnell is clad in a kilt while Sinclair wears Argyll pants

Ciwt wondered which - kilt or trews - was the most proper for Highland formal dress.  This led to research but no exact conclusion except that the wearing of Highland dress represents the proud heritage of a proud people and very few liberties are allowed.  As far as Ciwt could understand, trews and kilts are equally acceptable. But, on this point, she would be of opposite mind from Sir John Sinclair.  It is said he personally devised the trews uniform for his portrait because he wished to convey that the trews garment - as opposed to the kilt - was the most ancient and proper Highland dress.  The fact that Mac Donnell's portrait followed Sinclair's makes Ciwt wonder if he was visually stating his opposite sartorial opinion.

After her research Ciwt has come to the following conclusion: "Ah dinnae ken" which is Scottish for "I don't know."*