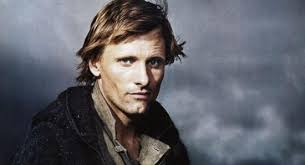 Did somebody say Viggo Mortensen?  You don't have to say that very loud to get Ciwt in her seat in whatever movie he is in.  Or she might say 'Whatever movie he makes.'  Always riveting, and this time he added Arabic to the many languages in which he is fluent - on the screen at least .  Arabic because his new movie, Far From Men, is about the Algerian war for independence - about which Ciwt knows virtually nothing and will now go read.

His co-stars were the vast, barren Algerian landscape, the Nick Cave/Warren Ellis score 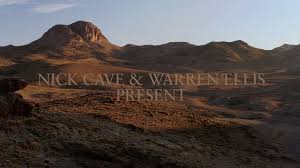 So far the movies Ciwt has seen at the SFIFF have had a feminine slant - female director, or writer, or producer.  This melancholy neo-western caught up the masculine slant in one fell swoop.
Posted by Ciwt at 7:44 PM