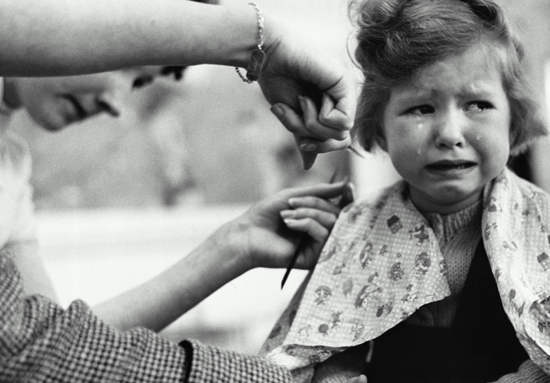 And the rest of my hair?

Comes that day you can't avoid a situation any longer.  In this case, Ciwt's hair, a lifetime 'situation,' but getting worse and worse with each cut.  (PS - If you've had mostly good hair days in your life, you'll probably want to stop reading now).

Anyway, Ciwt had some ideas about what was wrong which she tried to explain to her beloved hairdresser to no avail.  So yesterday she was talking with a French boutique owner she respects who Highly recommended a French hairdresser who cuts for all her events.  You know how picky the French are, so Ciwt steered her car through our morning monsoon to a consultation - in English - with this man.

And his analysis was amazingly Right On/Parfait, just what Ciwt had been guessing all these months/years. (Apparently he has a client with hair just like Ciwt's who comes every 6-8 months for just the teeniest trim.  So he totally gets it). The downside - which Ciwt also already suspected - was that, in order to remedy what was going on, a Lot was going have to be cut off.

She thought about doing something right away, and actually asked him if he had time.  But, quelle dommage, he was totally booked.  Whew.  Then, as she was headed to the elevator, he called out to her:  Due to the storm, someone had just called to cancel her appointment for that very time slot.  So, Ciwt, held her breath, sat down back down in his chair and watched the inches of her hair fall on the floor as he cut. She didn't dare look in the mirror.  At the end, voila!, a Great job. (You can call Ciwt 'Amelie' for a while).