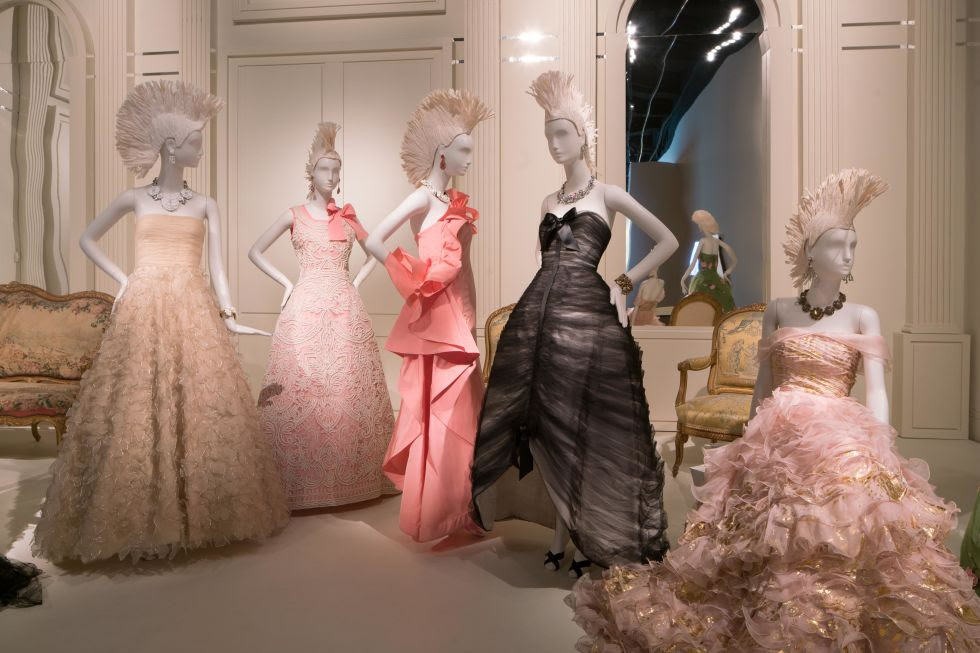 Happy day for Ciwt.  She finally got to the Still very crowded Oscar de la Renta retrospective at the de Young.  It included several small documentaries about him in a small, separate viewing room which really captured his lovely, loving spirit.  Such a truly likable man and very caring fashion designer.  But, as for the show itself, exceptionally pretty dresses for all occasions and lots of them. Very feminine, but to Ciwt nothing about Oscar's style in and of itself stands out.  Ie, if there were a quiz and she were shown pictures of clothes by Chanel, Gautier, Schiaparelli, YSL and others, she could likely name the designer.  But not so with Oscar; she would know the clothes were pretty and the fabrics often exquisite, but she probably wouldn't necessarily know they were by Oscar. So, for her, very nice man, but a kind of dull show.

Then it was on to The Jungle Book which she thoroughly enjoyed and highly recommends.  Made even a better experience for Ciwt by running into one of her dearest yoga students whom she hadn't seen for a few years.  She's still doing yoga and still thinks of Ciwt and talks with other Ciwt students about the fun they had in Ciwt's class.  Awwww...