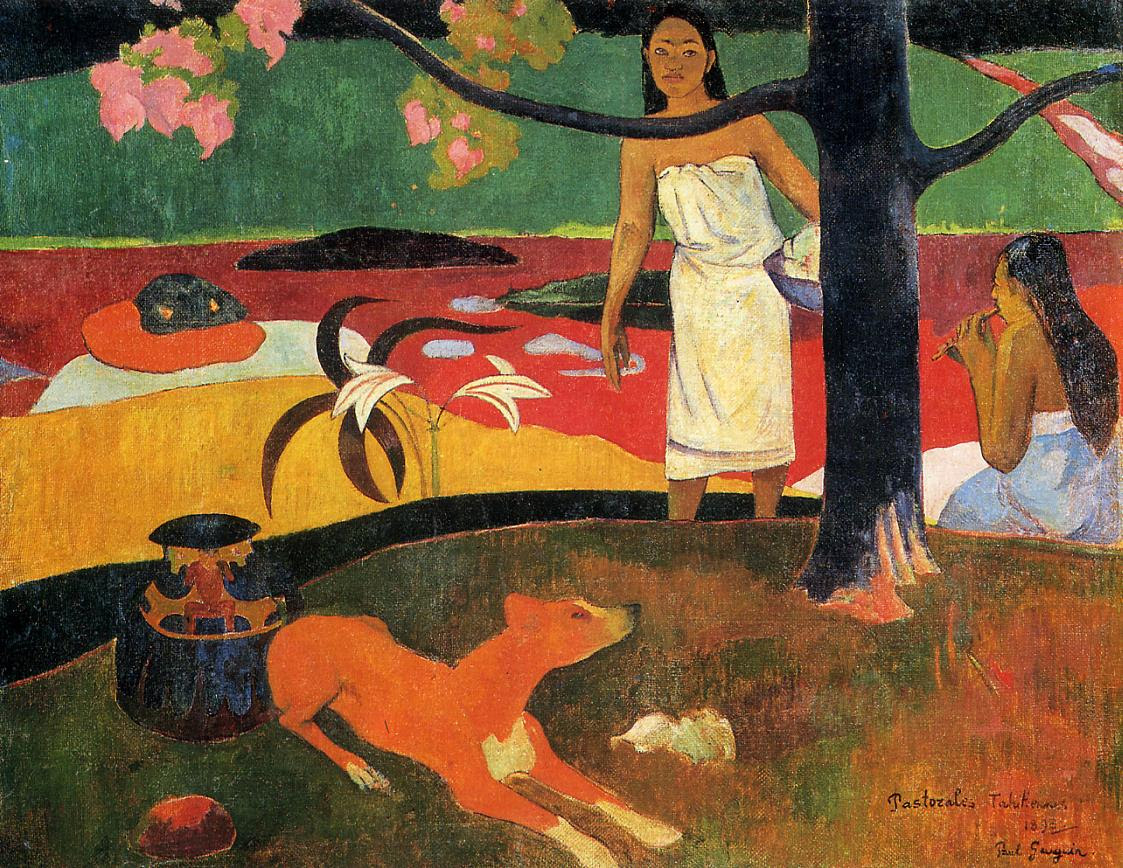 Warm weather today puts Ciwt in mind of Gauguin's art.  A much more complex and intellectual man and artist than Ciwt had realized until recently.  For instance, his Tahiti paintings which seem so loose and relaxed were carefully conceived and executed.

In an interview with L'Écho de Paris published on 15 March 1895, Gauguin explains that his developing tactical approach is reaching for synesthesia.[228] He states:


Every feature in my paintings is carefully considered and calculated in advance. Just as in a musical composition, if you like. My simple object, which I take from daily life or from nature, is merely a pretext, which helps me by the means of a definite arrangement of lines and colours to create symphonies and harmonies. They have no counterparts at all in reality, in the vulgar sense of that word; they do not give direct expression to any idea, their only purpose is to stimulate the imagination—just as music does without the aid of ideas or pictures—simply by that mysterious affinity which exists between certain arrangements of colours and lines and our minds.[229]