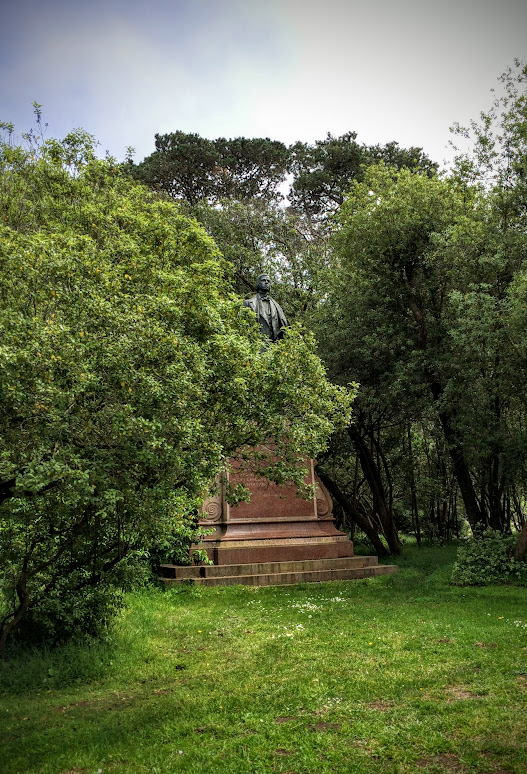 A few times when she's been in Golden Gate Park Ciwt has attempted to take pictures of the various statues one encounters during walks there.  Mostly she's given up because the statues are so difficult to capture.  So many of them are obscured by trees and bushes and set back from convenient paths.

Today she learned the reason for this.  Yes, it is intentional.  Intention by one man, John McLaren, who presided over Golden Gate Park for 53 years and did his level best to keep the park as natural as possible.  This meant keeping politicians and developers away as well as all the many people who wanted to erect statues in the Park.  For the statue erectors he couldn't head off, McLaren had a private Plan B.  As soon as a new statue was in place, McLaren directed his gardeners to plant sapling trees and small bushes around it, and slowly, imperceptibly for years the greenery grew and grew to the point where a present day park hiker might be startled to encounter a statue deep in the woods. 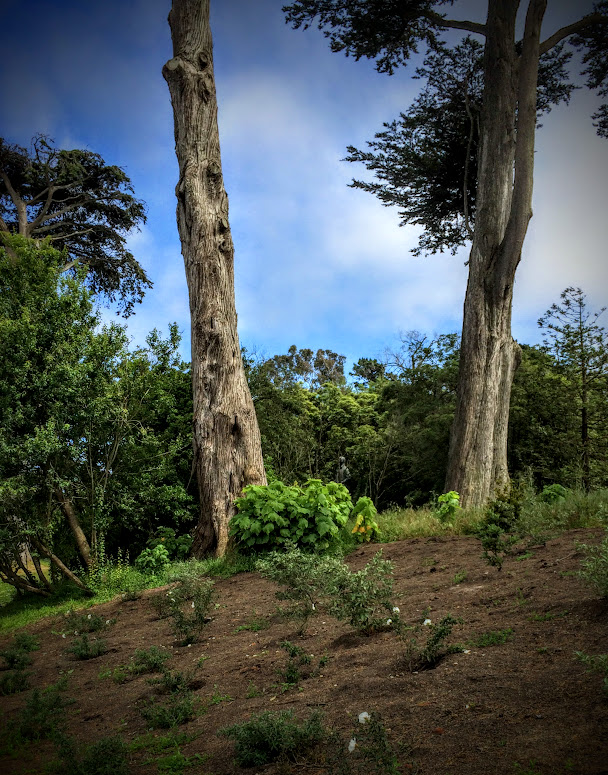 Can you find the statue in this picture?
Posted by Ciwt at 5:16 PM