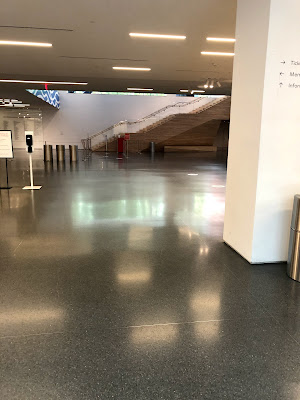 So, to celebrate its Fifth Anniversary in its expanded and reconfigured building, our Museum of Modern Art opened its doors for certain members today. (Maybe ones with names beginning with "C"?)  The hours of the event were noon to 5 pm, and since Ciwt hasn't been there in over a year, she decided to go first thing.  Well, not first; three others went through the doors before her.  She's not sure where they went, but it felt to Ciwt that she had the enormous and silent space entirely to herself.  It was quite lovely.

She walked down an empty corrridor where she took the museum up on their invitation to 'Watch This Space' through a viewing window.  Several museum personnel and some heavy eqquipment were working hard on mounting a huge new exhibition. 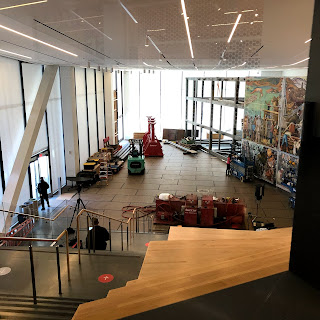 Then it was up the stairs to the always delightful Calder Room - and, oh my goodness, another person! 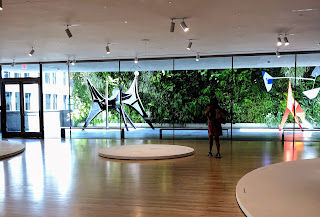 After taking in the galleries by herself for an hour or so it was lunch hour, and she went to the space where we were invited to have food and refreshments.  Of course, that's where there were many other members!  And lots of outdoor sculpture garden space so we could enjoy ourselves on a lovely day. 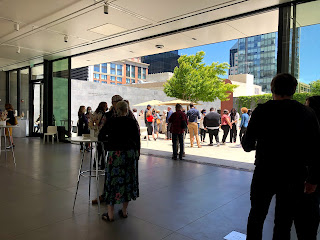 Like so many places for all of us, after a year+ of being away, part SFMOMA seemed to Ciwt like a space she's never seen before and part felt like an old friend.  So, Ciwt will let that renewed encounter sort itself out and be back to you with her impressions.  Stay tuned please.