As I was bagging I was listening to an old Fresh Air interview by Terry Gross (one of my hero's!). She was talking with Lucy Worsley who works as the chief curator in several palatial buildings in London, including Kensington Palace, Hampton Court Palace and the Tower of London and has written If Walls Could Talk: An Intimate History of the Home.

The book addresses such questions as: Why did the flushing toilet take two centuries to catch on? Why were kitchens cut off from the rest of the home? And did strangers really share beds as recently as a century ago? (Yes, they did.) According to Worsley, "You would have been quite happy to share your bedroom not only with your husband or wife, but with your colleagues from work — even with people that you didn't know at all."

And, what about closets? Well, as Americans we tend to put a premium on them. We like large, spacious, ideally walk-in ones off our bedrooms as well as broom, linen, coat and other closets and large, multi-car garages. But most English homes have no closets (?!). They did for a while in Tudor times (ca 1485-1603) - but they weren't for storage or clothes. Instead they were for privacy/solitude, praying or reading for those who were literate and had some leisure. As the English cottage expanded into homes with several rooms, the closet didn't come along. Instead the English use freestanding wardrobes and cupboards.

I guess my Spring Molt would be pretty tiny if not completely unnecessary if I lived in England. Or, if like a friend of mine, the change in season simply meant switching from winter jeans to lighter weight ones for spring and summer. 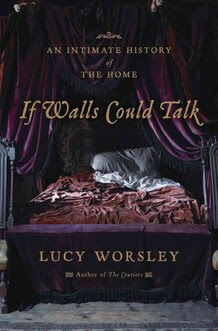