Walk: Not much
Distance: 5 blocks and putter on deck

Some days you feel pretty smart, on top of things.  Then there are others that are waaay beyond you.  Yesterday an important cousin died.  Important in the sense that I spent many, many days/years in his company until our late teens when 'grown up' life took us into it.  Then we were in touch infrequently, but when we did connect it was as if no appreciable amount of time had elapsed.  We just knew each other irrevocably.  In the later years I trusted him more and more valuing his counsel whether he championed me - or the other guy which he was forthright in saying.  That latter probably garnered my respect most of all; I am not a person by whom 'no' is easily received, but when he said it, I listened and acted.  Besides wisdom, level-headedness and a hard-working, community/family-oriented character, he had mirth even in his seriousness.  And ultimately it was through his kind, humorous lightness that he opened the way for me and others. He had many friends who, as his son put it, 'meant mountains' to him.  A cousin, citizen, family man, soldier, rancher and friend.  The world is dimmer on this day. 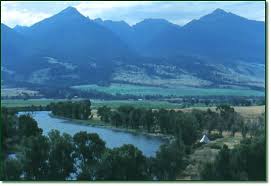